Spectacular Vietnam in all his appearances: his people, gastronomy and his surprising places. 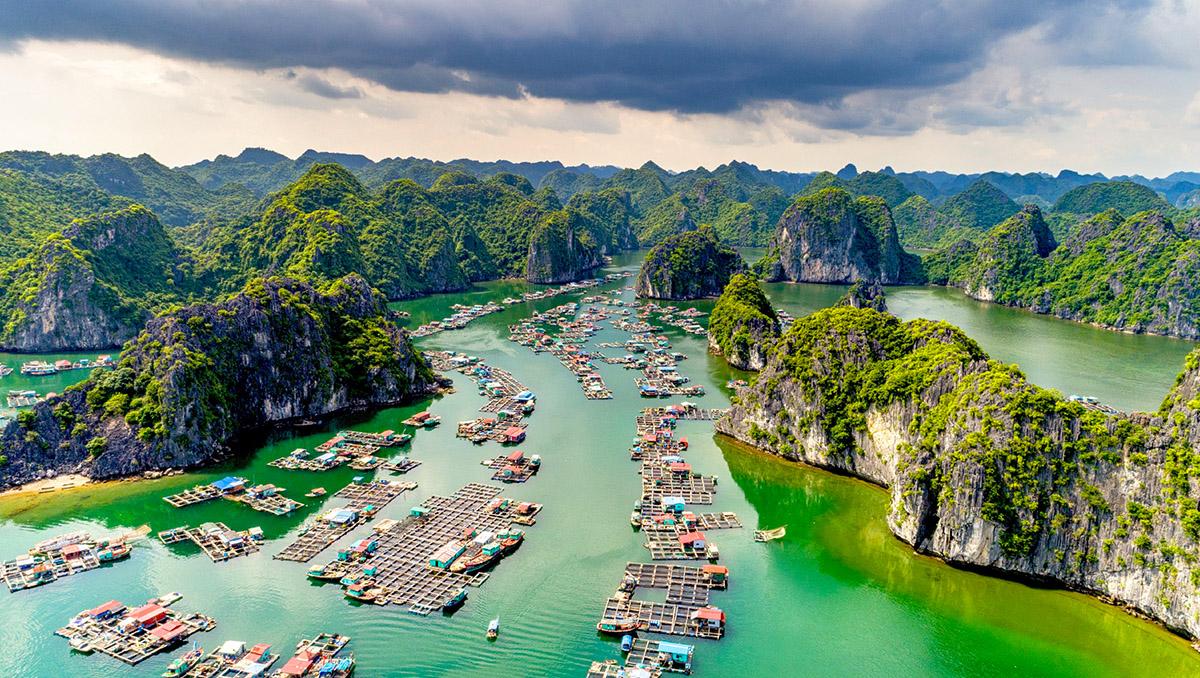 Vietnam is situated in the east of the Peninsula Indochina and southeast of Asia, in a totally tropical zone. To the east and south of Vietnam are the Oriental Sea and Pacífico (with more than 3.000 km of coasts); it limits with China north and with Laos and Cambodia west.

The country has the form of the letter S, width in the north (600 km) and in the south (400 km) and very narrow in the centre (50 km – province Quang Binh). The distance between two extreme north and south points is of 1650 km.

It has an extension of some 331,688 km cuadradros (slightly smaller that Germany).

The climate is tropical and monzónico; the humidity is of 84% in average during the year. The annual precipitation varies between 1.200 and 3.000 mm, and the temperatures oscillate between 5 °C and 37°C.

In Vietnam the biodiversidad is only. All the country appears covered of vegetation, whereas the forests occupy 30% of the national territory. In the selva monzónica find pines, bamboos, plants of big leaves and crops. The mangroves surround the tributaries of the deltas.

In the selva pluvial tropical inhabit the big mammals of the Sudeste Asian: elephants, bears, deers, tigers, panthers, leopards, a big variety of monkeys, hares, squirrels, otters, birds (more than 700 species), reptilian (like the porous and siamese crocodile, the python and the lizards)and some 450 species of freshwater fishes.

The National Park Phong Nha-Ke Bang is a national park in the province of Quang Binh in Vietnam. The park was recognised in the year 2003 as I besiege Heritage of the Mankind by the UNESCO. The park covers an area of 85.754 has and a zone of protection of 195.400 has.

This park has 300 caves and the grottoes with the total length of 70 kilometres of bristish and of Vietnamese scientists have examined 20 kilometres. There are a lot of rivers, waterfalls and common undergrounds in this park.

The subsoil of the National Park Phong Nha-Ke Bang' is one of the two regions of stone limestone bigger of the world, therefore, the place houses several cientos of caves and grottos. The long subterranean passages are embellecidos by stalactites and stalagmites.1 In 2005, a new species delgeco was discovered here.