The highest point of Tunisia is the mountain Jebel Chambi, north of the city of Kasserine, with his 1544 meters above sea level. 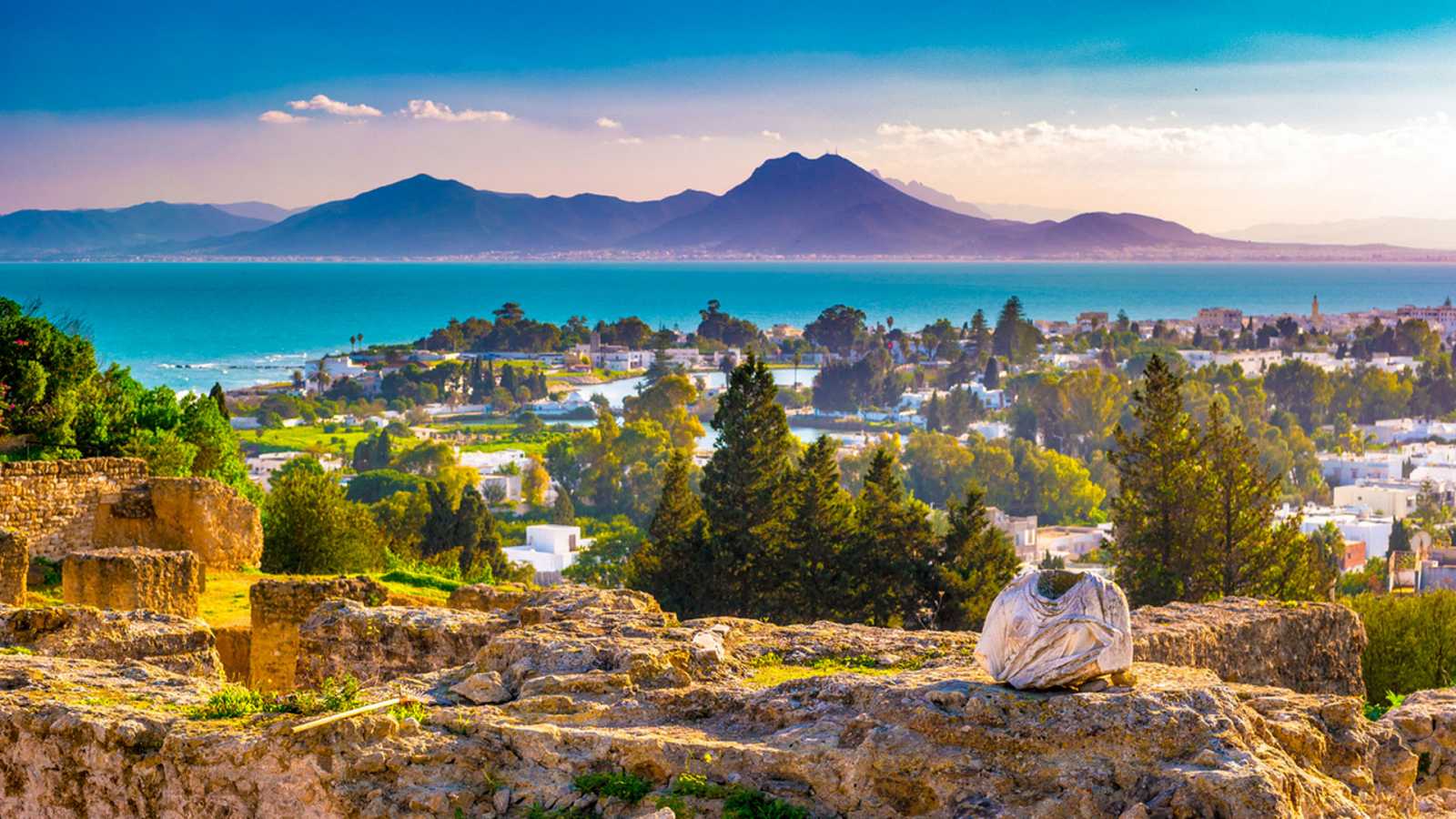 Tunisia finds in the north of Africa, between the Mediterranean Sea and the Desert of the Sahara, and between Algeria and Libya. Near of 40 % of the surface of his territory is desértico, the another splits this constituted of fertile earths.

In the north, there are mountains and the climate is temperate, with soft winters and lluviosos and summers calurosos and dry. The rank of temperatures in the north oscillates between 34 and 6 ºC. In the south, there is empty that extend until the Sahara. Nevertheless, in spite of his aridez in the south, in the north exist forests of pines in the northwest and meadows, ideals for the livestock, in the noreste, as well as orchards and vineyards along the oriental coast.

The highest point of Tunisia is the mountain Jebel Chambi, north of the city of Kasserine, and possesses 1.544 meters above sea level. The surface of the mountain is covered of pines.

Tunisia can divide of north to south in several topographical regions that distinguish with ease. Beginning by the North and going to the sSur, in the first place finds a series of mountainous chains between which finds the codillera of the Atlas, in the called region of the Tell, that occupy the northern half of the country and cross the territory tunecino transversalmente from the southwest to the noreste, with heights that oscillate between the 610 and the 1.544 meters above sea level that achieves the highest point of this mountain range, the called Ech Chambi of Jebel, that to his time is the highest point of Tunisia.

In these territories joint the fertile valleys and the plateaux, with the mountains. In this zone is where is born the longest river of Tunisia, the Majardah or Medjerda, that crosses the zone of West to east for afterwards arrive to the gulf Tunisia, where ends.

To the South, the landscape changes the mountains by a plateau with a height of 610 meters above sea level of average. These plateaux descend little by little until a zone formed by salty lakes, known like shatts or chotts, that extend of east to west and that, in his majority, find to the level of the mar. Between these lakes can stand out the Djerid and the Bizerta. This zone characterises by his nature of steppe semidesértica.

In the zone more austral, the shatts join to the desert of the Sahara, that occupies 40% of the total surface of Tunisia. In the zone that is between the shatts and the desert of the Sahara find numerous oasis; especially in the vicinities of the city of Gabes, situated in the centre of the gulf that receives the same name, in the nearest zone to the border with Libya. In this region, the wide oases abound, and in them grow near of 400.000 palmeras datileras. The oases use also like field of crop, these crops arrive partly until the coast.

By the North, Tunisia limits with Algeria and describes a border that is defined by the irregularities of the terrain in the mountain range of the Atlas, to exception of the zone more north in which the border is defined by the Algerian natural park of The Kala. These limes natural suceden to all the long of the mountainous system that crosses Tunisia, but when this system descends and appears the desert of the Sahara, more specifically, the Big Erg Oriental, the border with Algeria turns into a simple straight, since it does not exist in this territory any able geographic accident to give form to a border.
The border with Libya is marked mainly by the altiplanos of the Libyan region of Tripolitania. Can observe that all the natural borders of Tunisia come delimited by altiplanos and mountains, this is due to the fact that in Tunisia the rivers are almost non-existent.

The relief tunecino bases in the atlas telliano in the north and the mountain range of the Atlas in the centre of the country. In the South of Tunisia extends a steppe semidesértica for afterwards turn into the desert of the Sahara.

The highest point of the country, the Ech Chambi of Jebel, finds in his centre, in the mountain range of the Atlas, and measures 1544 meters above sea level of height. Around this beak finds the natural park of Jebel Chambi. To his time the less high point is the Shatt To the Gharsah, in the southwest of the country, in the border with Algeria, and is to 17 m underneath of the level of the mar. Very near of this shatt is the shatt The Jerid, the biggest of Tunisia.

Between the cities of Bizerta and Tabarka finds a prolongation of the Atlas designated mountain range of Dorsale, where abound the fields of crop tunecinos. This region produces the main part of foods of the country and exports numerous types of crop like the one of the olive, or the citruses. In the relief of the centre and north of Tunisia alternate the big mountainous regions of the mountain range of the Atlas with the depressions that generate some rivers or the shatts.

Tunisia between his mountains has quite a lot of natural parks like the one of Jebel Chambi, where finds the highest point of the country, the Jebel Boo Hedma, the national park of Ichkeul, or the park Boo Kornine.

In the south extends the big Erg Oriental, where stands out the planicie of the terrain by the fact to be a desert. They stand out the populations of Tozeur, Douz and Medenin. In this region the biodiversidad is scarce and the population in his majority is of origin berebere, in the nomadic antiquity, but at present, the majority, are settled and have founded cities and villages like Matmata, also live in this zone the Tuaregs, although in his majority have disappeared. In this zone escasean the cities and the roads of communication.