It chooses between his four mountain ranges: the Rif, the Half Atlas, the Big Atlas and the Antiatlas and enjoy it with his only places. 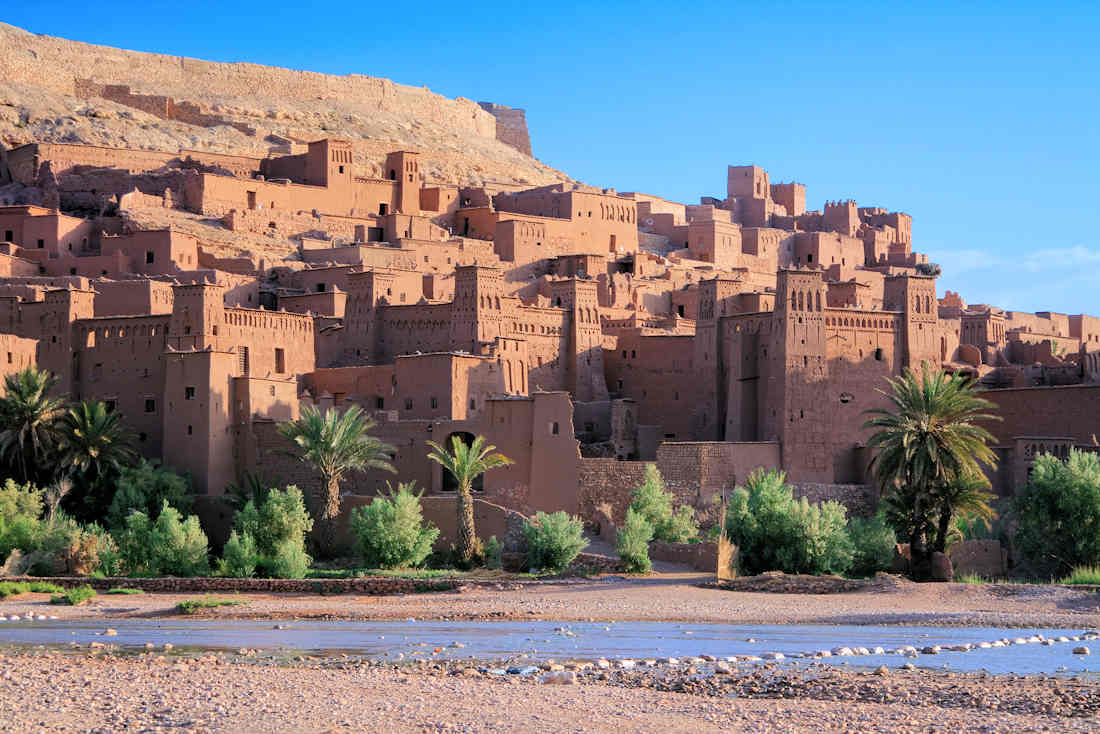 The climate is Mediterranean, with a clearly wintry distribution of the precipitations (that they oscillate between 300 and 800 mm (and 1000 mm in the region of Tanger-Tetuan) and some temperatures of January that rondan the 12 – 13ºC in the coast and the 10ºC in Fez, Meknes, Ujda and Marrakech. The temperatures of July rondan the 25ºC in the coast and places of the interior. In the mountains the precipitations are more abundant and the lowest temperatures. In the Sahara the climate already is desértico.

The Rif is a mountainous chain that geologically forms part of the Arch of Gibraltar (together with the Mountain range Bética), an orógeno of the tertiary Period. The mountains of the Rif show a rugged relief to banks of the Mediterranean from Nador until Tetouan, being frequent that the mountains finish in violent cliffs, in contrast with the soft hills of the surroundings of Tangier.

To the east, the summits of limestone populate of trees and in the central section of the Rif, the encinas give step to high forests of cedars , where inhabits between other espécies the one of the famous Macaco of Berbería ; they exist also plantations of quif in Ketama. Here it is the Tiguidín, a mountain whose peak is used to to be cover of snow. Afterwards, the mountains are more red and the terrain finds nude and yermo in the surroundings of Lavenders. From here until Uxda (situated south of a fertile coastal plain, in the border with Algeria) the terrain is full of mulches of dry river, the "uad" (in Spanish, ramblas).
The beaches of the coast of the Rif, to the foot of the mountains, are of the best of Morocco, and constitute a tourist appeal and some of the best restaurants of fish of Morocco find in this zone.

The mountains of the Rif house an own subspecies of bee melífera designated Apis mellifera major, used for the apiculture.

The Atlas is a mountainous system that visits during 2400 km the northwest of Africa, from Tunisia by Algeria and until Morocco. His higher beak is the Toubkal, with 4167m, to the southwest of Morocco. The population of the Atlas is fundamentally bereber in Morocco and Arab in Algeria. In the zone of Morocco, the mountain range divides in the Half Atlas nearer to the coast and with until 3350 m of height, the Big Atlas or High Atlas more south and with until 4165 m and the Anti Atlas more south and with until 2060 m.

The Atlas separates the coasts of the Mediterranean sea and of the Atlantic ocean of the desert of the Sahara and, in fact, is one of the factors that cause the dryness of this desert.

His training is consequence of the approximation and collision between Europe and Africa. The mountain range subdivide of west to east in Anti Atlas, Big Atlas, Half Atlas, Atlas Telliano, Atlas Sahariano and Mountains Aurès. Except in the Anti Atlas, where documents deformation paleozoica, the rest of the mountain range has formed during the Cenozoico (last 65 Ma) by means of the compression of basins extensivas previous (mesozoicas) that followed a similar space distribution to the current Atlas and whose training took place during the opening of the Atlantic ocean (separation of America and Africa).

Jbel Toubkal Is the highest beak of Morocco, and of all north Africa, is situated in the Atlas, and has a maximum altitude of 4.167 meters above sea level.

It is one of the few beaks of the country in which it can enjoy of the snow, since this remains in the beak the main part of the year.

There is cientos of expeditions to go up to this high mountain, that is situated to something more than 60 km of Marrakech, and is one of the main tourist attractions of the zone. The form to attack the summit is splitting of the village of Imlil, situated to 1.800 metres of height, to the that arrives by road from Marrakech, in a southerly direction, in little more than an hour. In Imlil can achieve the help of a guide with a mule to go up the luggage to any one of the two shelters of high mountain that find to 3.200 metres of altitude; the way to the shelters does in some five hours. The promotion from the shelters to the peak takes some four hours. It is an easy promotion, without any technical difficulty, only the desnivel to surpass. With snow is recommended the use of crampones since the nocturnal temperatures are very low until very gone in the spring. It is not necessary the utilisation of guide since the way is easy.

It is situated also in the National Park of the Toubkal.

Also it fits to say that it is to some 180 km of the coast, and to some 170 km of the border with the neighbouring country, Algeria.