Greece is mostly mountainous and has several chains between them the Alpes Dináricos. 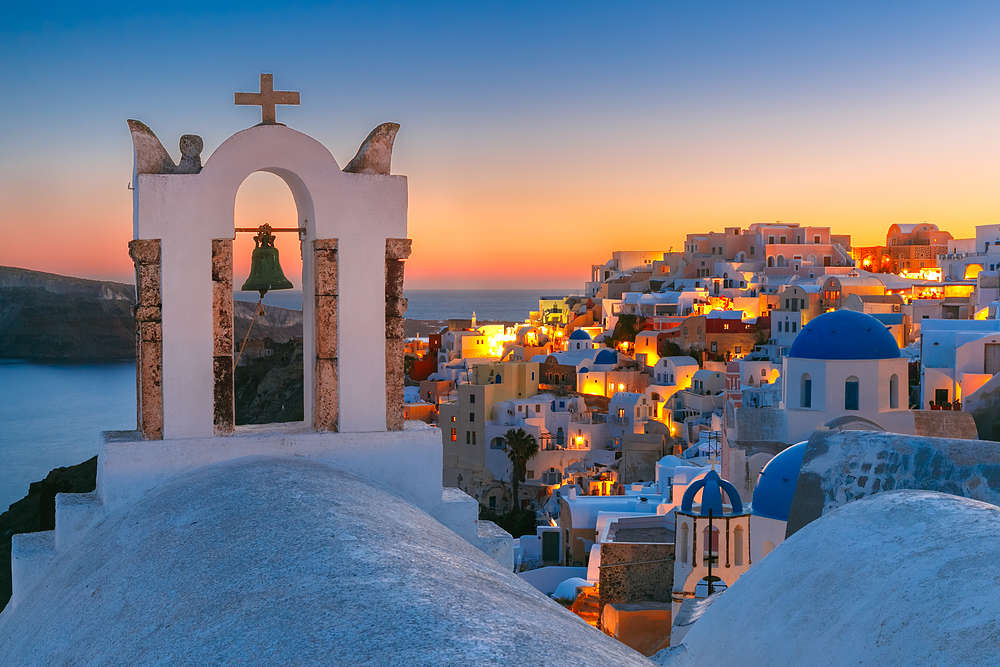 Geographic and climáticamente the Greek territory is very varied. Having 9.000 islands, islotes and rocky outcrops, 15.021 km of coast (more than 16.000 km of coast including the rocky outcrops), being the second of Europe after Norway and tenth of the world behind United States in coastal length.

The sea Egeo has been of big importance in the history and development of the culture and civilisation helenística.

Greece is mostly mountainous and has several chains between them the Alpes Dináricos west (which by means of islands change of direction to the sureste south of the Peloponeso); mountains Ródope, the chain of the Olimpo between others. Greece is the country of Europe with main number of mountainous beaks.

His main height finds in the chain of the Olimpo, in the mountain Mytikas 2.919 meters above sea level, being east the chamber of Europe in prominence (real height of the base to the summit) surpassed only by the Mont Blanc, the beak Mulhacén and the Mountain Etna. His height of prominence is of 2.919 coinciding with his height s.n.m. Put that his base finds to 0 meters above sea level.

The Alpes Dináricos or Dinárides forms a mountainous chain in the south of Europe, covering areas of Slovenia, Croatia, Bosnia-Herzegovina, Serbia, Montenegro, Kosovo and Albania.

They extend 645 km along the coast of the Adriatic sea ( direction noreste-sureste), from the Alpes Julian in the noreste until the macizo mountainous Sar - Korab, where the mountain changes of direction (north-south). The highest mountain of the Alpes Dináricos is the Prokletije, situated in the border of oriental Montenegro and northern Albania, with the beak called "Crest of the Lake" to 2.692 metres.

The Alpes Dináricos consist of the most rugged and extensive mountainous area of Europe apart from the Cáucaso, the Alpes and the Scandinavian Mountains. They formed during big part of the Era Mesozoica and Was Cenozoica rocks sedimentarias of dolomita, limestone, sand, and conglomerates formed by seas and lakes that once covered the area. During the movements of alpine earth that sucedieron does of 50 to 100 million years, immense lateral pressures folded and desmoronaron the rocks in a big arch around the old and rigid block of the noreste.

Pindo Is a north mountain range of Greece that runs of north to south along 160 km, between the sea Jónico and the sea Egeo, forming the centre of the country, and often was called in the antiquity the "vertebral column of Greece". They are considered a derivación of the Balkans. The maximum elevation of this mountain range is the mountain Smolikas, that achieves a height of 2.637 m.

In the past it constituted the border between Tesalia and the Epiro and marked the limit of Atamania. It splits it north was called Lacmón or Lacmos (Lacmus) and was the place of birth of five of the main rivers of Greece: Haliacmón, Peneo, Aqueloo, Aracto and Aous. The part south of the previous was called Cercetión (Latin Cercetium); the part more south was called Tinfresto (Tymphrestus, modernamentr Velúkhi) and was divided in the chains of Otirs and Eta. More south it divided in two branches that no longer were considered part of the mountains Pindo.

Roman and Byzantine possession, in the Half Age fell in hands of the Slavic and Bulgarian and afterwards, in the 1205, of the Despotado of Epiro, to finish being finally possession otomana. It happened to Greece in 1913, at the end of the war of the Balkans. In the second world-wide war in the region of the mountains Pindo established the Principado of the Pindo and Voivodía of Macedonia.

Creta Is an island situated in the sea Egeo, the biggest island of Greece and the fifth in size of the Mediterranean sea, also known until starts of the 20th century with the name of Candia toponym derives of the Latin candidus (white) that was him given during the medioevo initially by the marine and Italian traders by the whiteness of his earth was called "cándida".

Creta Is an island that presents near heights to the 2.500 metres in the Mountain Gone (2.460 metres) and in Levká Óri (2.452) and a half altitude of more than 200 metres largely of the surface of the island. His relief is configured to a large extent by the seismic activity, responsible of his 1.040 kilometres of recortadas coasts and of his plains fragmentadas.
His more important river is the Mesara. Between his gulfs project the one of Looks beautiful (Mirampéllou), the Chanión (Khanión), and the bays of Mesara and of Almyroú. His more important capes are the Spátha (Ákra Spánta), the Líthinon (Ákra Lithino), Stavros and the Sideros (Ákra Sideros).

His climate is Mediterranean, but the north is more humid that the south because of the lower incidence of the solar rays (slope of umbría north and of adret south); also the zone west (slope of windward) is more humid that the oriental. The form lengthened of the island (265 kilometres of length) gives origin to a defícit hídrico in the oriental zone due to the fact that it finds to leeward of the west winds.

The mountain Gone or Ida cretense, by opposition to the Mountain Gone of Turkey (or Ida frigio), current mountain Psiloritis, heaves in the valley of Amari, in the centre of the Greek island of Creta. It is the most elevated beak of the island, with a height of 2.456 metres. It is the mountain with the highest prominence of Greece. The plateau of Nida and the forest of Ruva sest´na in the side esteobre the east team. The observatory of the university of Creta is situated in the secondary beak Skinakas. His imponente macizo occupies the central part of the island, in the territories of the prefecturas of Heraklion and Rétino Zeus.

Rodas Extends in direction NE-UNDER south of the Turkish coast, in front of the ancient region of Caria, of which separates it a channel of 15 km of width. It has a length of 78 km, his width is of 39 km (between the capes Monolithos and Beautiful) and a global extension of 1398 km². The distance that separates it of Athens is of 490 km.

A discontinuous mountainous chain crosses the island in direction N-S. The highest beak situates in the western slope and calls Ataviros (1215 m). Rodas Does not possess big currents of water but rather torrents that are in his elder splits dry during the summer.

In Rodas found a statue of extraordinary dimensions (see Colossus of Rodas). It was one of the Seven Wonders of the Ancient World and the tradition explains that it was destroyed after an earthquake.

The Mountain Olimpo (also transliterated like Olýmpos, that means "the luminous") is the highest mountain of Greece and second of the Balkans (after the Musala of Bulgaria, 2925 m),2 with 2917 m1 of altitude. Situated between the Greek regions of Tesalia and Macedonia, is Greek natural reservation from 1938 and natural heritage of the European Union from 1981, in his category of reservation of the biosphere.

The highest beak is the Mitikas (2917 m), the highest of Greece, and the second the beak Eskolio (2912 m). The mountain Olimpo is rich in vegetation, especially endemic.

The Greek mythology situated in the Olimpo the home of the olympic gods, the main gods of the panteón Greek, chaired by Zeus. The Greeks thought that in him had built mansions of glass in which moraban the gods. It is the analogous spiritual of the upper world in the shamanistic cosmology.