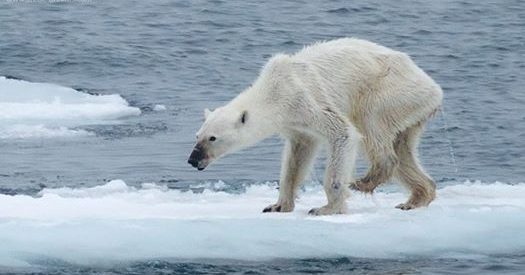 The polar bears or white bears are one of the carnivorous mammals bigger of the planet. They can achieve the 700 kg of weight and until 3 metres of size in the case of the males, and until 250 kg and 2 metres the females.
They live in the cold zones of the hemisphere north, freezing zones to which has adapted to survive. They can arrive to eat around 30 kg of daily meat, that achieve of his preys, children of seal, reindeers…
This big mammal has attained to survive the step of the time, in spite of the increasing threats. Like this, although it never has felt the threat of a predatory, the man has turned into his worst enemy, and during years has pursued his skin with commercial ends.

But recently, another threat has gone earning form: the climatic change. Many have been the voices that have posed the big repercussion that could have the global warming in the animals that live in zones more extreme. And now we have a proof that the suspicions were more than founded.

Kerstin Langengerg Is a skilled photographer in nature and wild life in arctic zones. In one of his last expeditions, had the opportunity to photograph a polar bear desnutrido on a small plate of ice in the middle of the ocean, near of the archipelago Svalbard.
The reduction of the freezing surface in the Pole North does that the polar bears have difficulties to displace and like this find food. In occasions, have arrived to locate bears on plates that drifted. Definitely they do not do fault more proofs to check that the climatic change is affecting directly the life of this and other a lot of species. For the moment, we appreciate works like the one of Langengerg, that approach us to a reality that although it do not like us can not hide.

﻿A comment in "A polar bear warns of the climatic change"