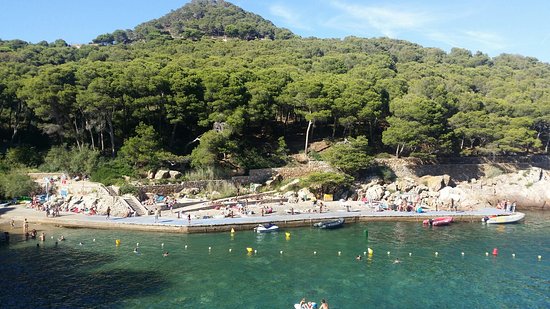 Choose routes by a so singular space like the Costa Brava results so difficult like choosing between the sky and the paradise. From the spectacular watchtower of the ways of round that, meandering between rocks, offer us the cautivadora vivencia to contemplate the constant courtship between the mountains of granite and the blue waters of the sea, until the riadas of pines of a green desbordante ending in the golden calas —that justify, by his enrevesado visited, the denomination of Costa Brava of the maritime space that bathes the regions of the Alt Empordà, the Baix Empordà and Selva—, happening also by the inner regions of the Gironès and of the Pla of l'Estany, all the ways carry us to the discovery of a prodigiosa only geography in the world.

The footpaths of the Costa Brava are more than an activity: they are a vivencia that allows us discover cuán far arrived the imagination of the Creator. Here, a able nature to play with our senses, a labyrinth insospechado of light and of colours exuberantes and a history that has been evidence of all the civilisations (Greek rests and roman villas, mediaeval populations, romance and Gothic churches, military constructions…) conviven harmoniously, in a temperate and friendly climate, with habits that still respect the traditions and an able gastronomy to recover the most original appearances and combine them with the creativity more desbordante.

Here we leave you a brief list of footpaths by this wonderful Catalan coast: