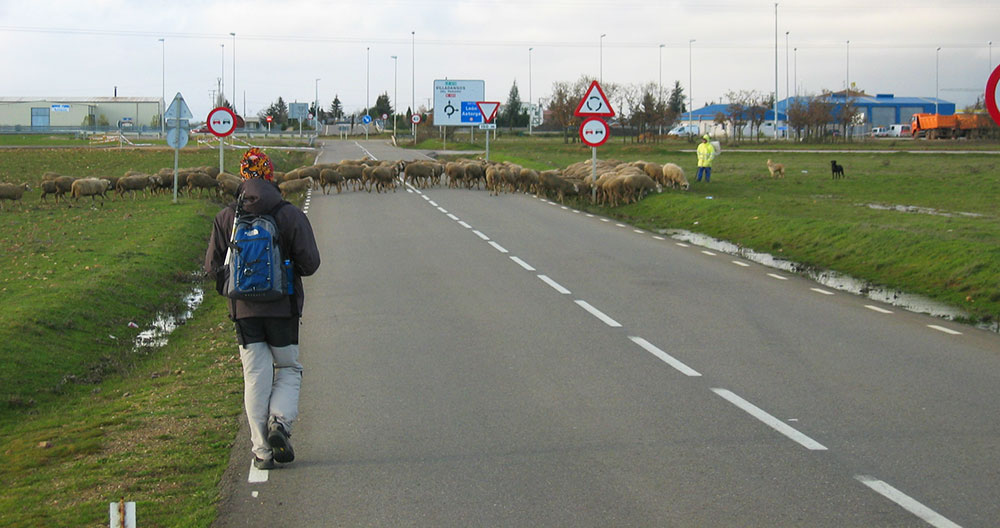 It does some years had the opportunity to do the Way of Santiago, definitely one of the experiences of pilgrimage/hiking more interesting of our country and surely of the world. A way that traces back centuries backwards, when numerous pilgrims of all Europe went until Santiago de Compostela to venerate the rests of the saint.

At present, the religious reasons, that still there are them, have left step to others. Like this, live the experience, know the country and to new people, put the body to the limit, happen some different holidays… carry to numerous pilgrims to this adventure that definitely does you brush the mystic although you do not pursue it.

I began the way in the French border and followed the known yellow arrows that carry you kilometre to kilometre until the majestuosa cathedral. It did not expect a lot of him, accustomed to the summits and to the hard days of high mountain… a simple full footpath of people, noise, heat and little more. I made a mistake.

The way evokes another already happened time, in spite of the go through big cities that still saving his charm remember which century live.
When I initiated my adventure, the first decision that had to take was what carry in the rucksack. So many days of course do that the weight to load in your back was fundamental for a good experience. Now, my first decision would be another: what walk to take. And it is that the way has gone evolving along the last decade. Although the French way that I followed, after a lot of years of forget and abandonment, was the only known, today has turned into one more: the most used, more famous, with more infrastructure for the pilgrim… but no the only neither the most interesting.

And it is that the mediaeval pilgrims arrived from all the rincones of Europe and of the peninsula. The most used step to cross the Pyrenees was Roncesvalles, but no the only, and different ways that had his origin by all the Iberian peninsula went joining to have a same final destination.

Little by little, the “others” ways have gone obtaining prominence: spectacular ways that go through solitary villages and follow footpaths now recovered and very signposted, with services so that the pilgrim can follow his course without concerning more than in walking. The Portuguese way, the Road of the silver, the north way… are some of them.

No of all the ways find so much literature like which there is of the French way, already know that the publishers only bet by that that has sale ensured. But fortunately there are a lot of blogs and pages of pilgrims that explain us his experience and will help us to schedule the trip; for example, in the blog GoEuro will find a description of all the existent ways or in the page published by the villages by which happens the Road of the Silver will have information detailed.
The decision now is yours… first what walk to take, afterwards already will think in the other.