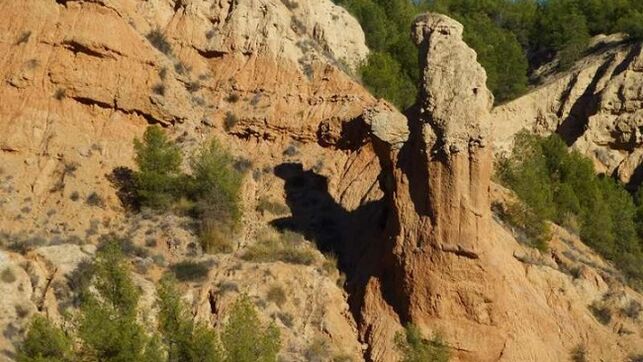 Again we find us by Murcia, and go to realise a quite interesting route although a poquito complicated, especially if we realise it in moments of rain, since by some zones is so much the clay that can find that in case to be humid will seem that we are walking by sands movedizas, but do not concern us, since the worst that can find us is a slip.

Well, this route comprises some 14 kilometres and is considered like a route of moderate difficulty. Regarding the differences of altitude will see that they oscillate between the 190 metres in the lowest level and the 353 metres in the highest.

In total will need some four hours and average to finish all the route, that on the other hand treats of a circular route, although in several occasions will have to go back on our steps, especially in the first stretch and in the opposite extreme as we can see in the image.

As we already have commented before, we recommend to realise this route out of the seasons of rain, since of the contrary is important that go very accompanied and carry ropes and other utensilios to ensure us very that we can surpass the problems. On the other hand we will have to consider the dirt, and is thus that advise to carry a monkey and suitable clothes in case that previous days have rained.

Definitely a fantastic route in which we will be able to see new natural places, but that of course is not recommended for people that are initiating in this sport.