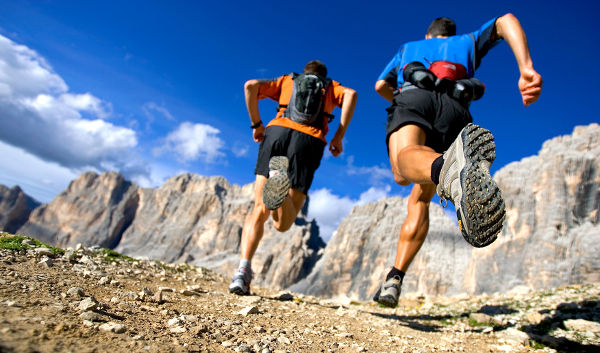 In this occasion go to speak of the running mountaineer in addition to giving some councils for his practice.

What is the running mountaineer

The running mountaineer receives distinct names between which can stand out the Trail Running, although in essence all they base in the same, that is to forget the asphalt and look for the earth to be able to practise our favourite sport in some much more natural surroundings and beneficial for our health.

One of the reasons by which is more beneficial for our health is that we will have of an air much more clean in addition to avoiding the problems that can have when we run on asphalt as they are the obstacles of our villages and cities as well as the sobreesfuerzo that reflects fundamentally in our knees.

Nevertheless, the running mountaineer also has his problems, and is that they exist more risks to the hour of lesionarnos, although this obviously will depend of the type of soil by which run and the number of obstacles that go us finding.

In what consists the running mountaineer

If we have taken the decision to realise running mountaineer, is important that take into account that we will have to work two main appearances that are the strength and the resistance.

We do not forget that in the mountain go to find more irregularities and difficulties, by what treats of a sport much more complete that if we run in flat.

Thus, it is important that are very constant and realise efforts prolongados without exceeding us. This is the reason by which always is recommended to happen before by the gymnasium to strengthen especially the inferior train.

Another important appearance that will have to take into account to the hour to practise running mountaineer is, as we already have commented, the distinct types of obstacles that will go us finding by the way.

For example, we can see us that during the distance crosses us by in front a jump with a considerable height. In these cases, the only that we have to do is to bend us facing the jump and support the hands in the soil, the more to the edge that can. Next we jump with the aim to fall with both feet and assuming the fall with our muslos.

On the other hand, also it is possible that arrive to zones where find wet stone. In these cases is important that extrememos the precaución. Thus, it is advisable to opt for giving zancadas much shorter as well as go down our centre of gravity, for which will have to bend us a bit. Nevertheless, the body will have to go entirely heaved to avoid fall us to backwards.

On the other hand, also it is possible that during the distance find us some type of brook or similar. We split of the base that said brook will not be excessively deep, but already it would have considered previously and will have chosen the route so that we can cross it. Thus we will go locating the stones and similar that there is to be able to cross it without risk. It is necessary to take into account if said supports are humid or dry.

Once that we undertake again the trek, it is necessary to carry a lot of care since it treats of one of the obstacles that more accidents produce.

In essence, these are the bases that have to take into account to start with to practise running mountaineer and combine the physical exercise with the tranquility and the exigencia of the nature.