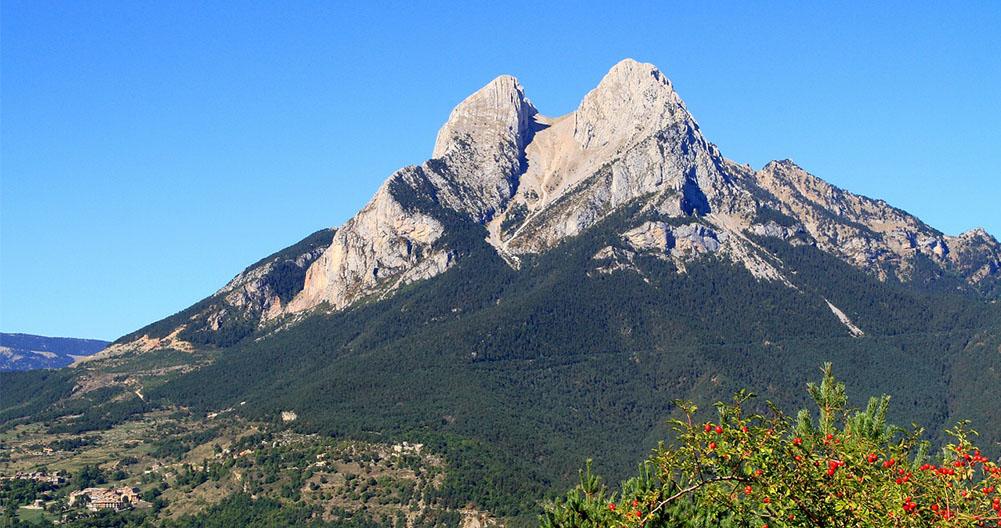 The prominence is a concept used in topography and orography and indicates the desnivel minimum that it is necessary to descend from the peak of a mountain to achieve the nearest mountain that it was higher. Therefore, what higher was the value of prominence of a mountain, more will stand out between all the mountains of around, with independence of his height.

All the mountains of our planet, except the Everest, have a mountain of main height, so there will be a minimum point in which it lose the lower height by which happen to rise to another higher.

This concept carries to think that always there is a collado that relates two peaks and that marks the minimum point to calculate the prominence. The problem is to detect in all the cases cual is this collado.

A way to visualise the concept of prominence would consist in imagining that we flood the earth until the peak of the beak of the that want to calculate the prominence. Above the water would aim, like islands, other higher mountains. If we began to go down the level of the water, in a moment determinate could observe a portion of earth that would join the mountain with another higher beak. The prominence would calculate it then with the difference of the altitude of the mountain and the level of the water that there was in this moment.

The prominence, to the equal that the altitude, is an absolute value for a mountain since only they depend of the lowest point that joins a mountain with any another higher that she.

The prominence is a so important data or more than the altitude to determine the importance of a mountain. It is an objective measure that correlaciona strongly with the subjective significance of a summit. It gives us idea of his importance with reference to the mountains that surround it. The beaks of low prominence are used to to be subsidiary beaks of other main, instead a high prominence ensures that the importance of the mountain and tend to be the highest points around and are used to to have excellent seen.

For example, the Beaks of the Hell in the Pyrenees are three summits of more than 3.000 m of altitude each one of them but very next between yes, of such form that can top in a same ascensión. The mountain Anboto of little more than 1.300 m situates solitary (the highest mountain nearer is the Gorbea) by what has main prominence that any one of the summits of the Beaks of the Hell. That is to say, the Anboto is more important in his surroundings that the beak of the Central Hell in his.

Because of the concept of prominence the three secondary peaks of the Kangchenjunga that are above the 8.000 metres do not are used to to appear in the official listing of Ochomiles Main since between them there is very little desnivel (have little prominence) or the K2 (height, 8.611 m; prominence, 4.017 m) is considered the second more important summit, by in front of the summit south of the Everest (height, 8.749 m; prominence, 10 m).

The determination of the prominence of a mountain can be very dificultosa since for each mountain of the planet (to exception of the Everest) always there is another higher that she, but in occasions is to a lot of kilometres of distance. When the minimum point is near to the mountain in study, the things facilitate a lot.