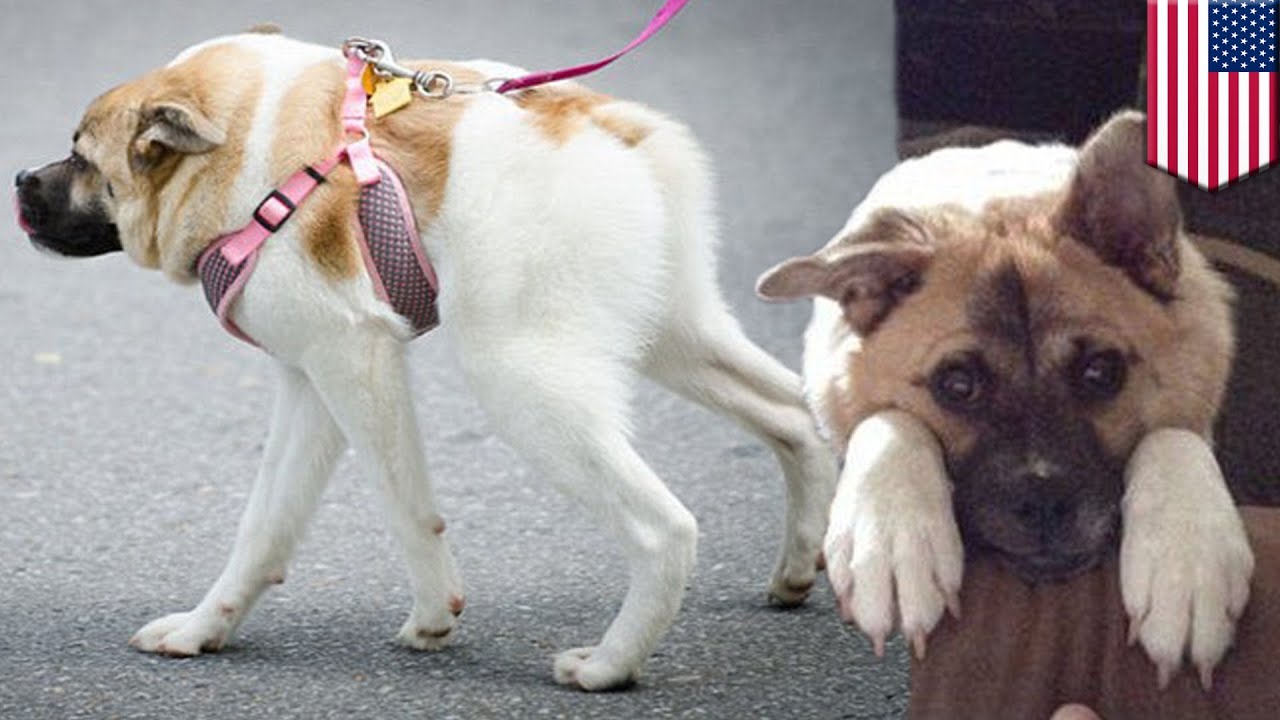 From time to time it likes us speak on animal whose experiences help us to give us account of the important that is the effort and the illusion to achieve our dreams and aims in the life, and thus today we go to know to Pig, a perrito very curious with deformations very grave but that has achieved to dazzle to a whole population, and his strength is extending by all the world, giving us an important example that it does more the one who wants that the one who can.

The problems of Pig

In the image can know to our new fellow, and to the moment give us account that his physical state is not neither mínimamente usual in this type of animals; it gives the feeling that they have extracted him a part and have reduced his torso considerably, but this absolutely not has supposed an impedimento for him, since in very little time has attained to turn into a celebrity in Atlanta, his place of birth.

When it plays, this dog remembers us a lot to the jumps that give the frogs, and when it goes walking normal, because of the height of his shoulders, seems that it has a very similar movement to the of the gorillas.

The reason of this is that his vertebral column has roughly 40 cm less than what would have to measure, and for more inri, some of his vertebrae are merged and the general disposal is ondulada.

Had to fundamentally to this deficiency, has some problems like the fact to tire excessively prompt in some occasions and even arrives to lose the balance in determinate moments.

Also it hampers him the normal twist of the head, by what when it wants to see something that finds in his rear part, sees forced to turn all the body.

Nevertheless and in spite of this, Pig follows showing that the life it is necessary to live it, and day after day plays without too many problems and even has the capacity to run to speeds quite high.

His relation so much with humans as with other dogs is excellent, and the true is that anybody would say that it treats of a dog with physical malformations.

The birth and adoption of Pig

Kim Dillenbeck was his adoptante and decided to give him the name of Pig because of his curious seemed with the cachorros of pig.

Nevertheless, this adoption was more complicated of what seems, since the veterinary advised at all times that it did not adopt it, and that the most suitable was to sacrifice it to avoid that it suffered.

Nevertheless, Kim Dillenbeck had clear that could achieve give an opportunity to this small and, definitely, hit of full, since to day of today Pig is a very happy dog that even has turned into the official animal of Hand inPaw .