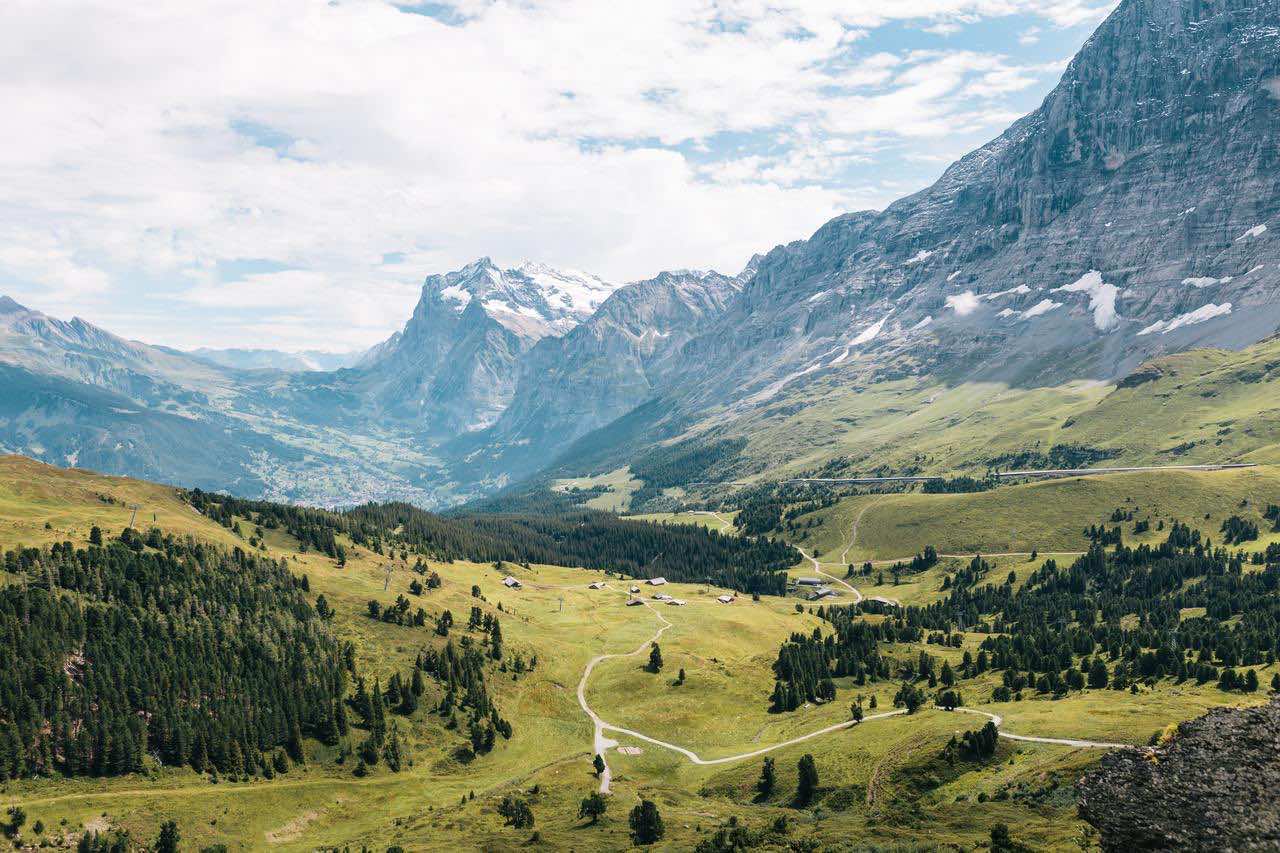 The Alpes are the mountainous system more important of Europe. This barrier of 1.200 kilometres of long, by 200 km of width, crosses the heart of the European continent, delivering territorialmente between Germany, Austria, Slovenia, France, Italy, Liechtenstein, Principado of Monaco and Switzerland. Varied of his beaks elevate above the 4.000 metres, included the Mont Blanc, that, with 4.807 metres, is the highest summit of the Old Continent. 40% of the freshwater of Europe originates in the Alpes, that resupplies to tens of million people, so much of the eight alpine countries as of an immense extension of the continent.

This symbol of Europe is one of the main tourist destinations of the continent, and the main destination of ski to world-wide level, receiving every year to more than 100 million skiers of all the rincones of the planet. The tourism in the Alpes traces back to the 18th century, specifically to the year 1741, when the English travellers William Windham and Richard Pococke organised one of the first expeditions to the Mont Blanc. There, they went up until Montenvers, in the north slopes of the macizo, that they same baptised like “The Mer of Glace (the sea of ice). All this in a period in which not even the local population dared to approach to the mountain, considered an earth inhabited by monsters and demons in the high parts.

In the 19th century woke up the interest by the Mont Blanc and began to arrive curious of different rincones of the world, mainly people with a high acquisitive power. As a result of the growth of the tourism arose the Company of Guides of Chamonix in 1821, with the aim to regulate the access to the slopes of the mountain. Nowadays, the municipality of Chamonix-Mont-Blanc is one of the main tourism centers and sports of winter of the Alpes. This small village of high mountain offers a wide fan of activities, between them games of póker. The game always has been one of the signals of identity of this paradise of the montañistas, although despegó when the ancient Ducado of Saboya happened to French sovereignty in 1860.

The Casino Him Royal Chamonix is situated in a building that dates of the 20th century in the zone peatonal in front of the famous statue of Jacques Balmat and Horace Benedict of Saussure. In the heart of Chamonix-Mont-Blanc, this establishment of game offers to the visitors a wide selection of games of traditional table, like the blackjack, the roulette and the póker Texas Hold'em (the modality of game more extended in the actuality). Further of the game, the elegant Coffee Royal inside the casino offers a lot of shows and events during all the year. A place of entretenimiento ideal to visit after esquiar and know the highest point of Europe.

Casino Megève, the establishment of game more encouraged of the Alpes

Megève, comuna and French location situated in the region Auvernia-Ródano-Alpes, in the department of Alta Saboya, is one of the tourist destinations of winter more stood out of France. A genuine and charming village that has the establishment of game more encouraged of the Alpes, the Casino Megève. This alpine casino French finds in the centre of the location. Unlike the establishment of game of the municipality of Chamonix-Mont-Blanc, has a more traditional style of chalet wooden. The casino reflects the clientele adinerada that visits annually Megève, and has a wide selection of games of chance, like the roulette and the blackjack, as well as games of póker Texas Hold'em.

Of the Alpes French happen to the Alpes Swiss, where the amateurs to the naipes can find three establishments of game in the mountains: Davos, Crans Montana and Sankt Moritz. The city of Davos, in the cantón of the Grisones, is known by his international conferences and his station of ski. However, this tourist centre also stands out by his casino, that finds in the Hotel Europe. The Casino Davos offers the modalities of classical game, and recently have entered for the first time the póker Texas Hold'em in his catalogue.

Crans-Montana is a village idílico of mountain situated on of the valley of the Ródano. An only place that offers some impressive sights of different beaks from the Mountain Cervino until the Mont Blanc. This important tourist centre of the Cantón of the Valais has a varied offer of activities during all theyear , between them the póker. The amateurs to the naipes can enjoy of his game of favourite letters in the Casino Crans Montana of the Alpes. An establishment of modern game, but with a traditional architecture, that offers split of Texas Hold'em, as well as different tables of game like the roulette and the blackjack.

Situated to 1.800 metres on the level of the sea, Sankt Moritz finds in the alpine valley of Engadin, in the expensive south of the Alpes Swiss. Known in the whole world like the «living room of parties of the Alpes», this exclusive tourist complex, that has been headquarters of the Olympic games of Winter in two occasions, houses one of the most prestigious establishments of the mountainous system.  The Casino Sankt Moritz, that finds situated in the wing west of the Kempinski Grand Hotel give Bains, is the highest casino of Europe, and has split of Ultimate Texas Hold’em, a variant of the classical Texas Hold'em that plays against the crupier instead of against other players.

The Casino Kitzbühel in the Alpes Austrian

The Casino Kitzbühel is the establishment of Austrian game more important of the Alpes. Situated in the modern station of ski of Kitzbühel, where celebrates annually the Glass of the World of alpine ski, this casino is installed in the Hotel Goldener Greif, that stands out by his historical and elegant interior. The amateurs to the naipes, mainly skiers (Austrian, Germans, Dutch, Swiss and British), can enjoy of games of póker in some only surroundings between the mountains of the Alpes.