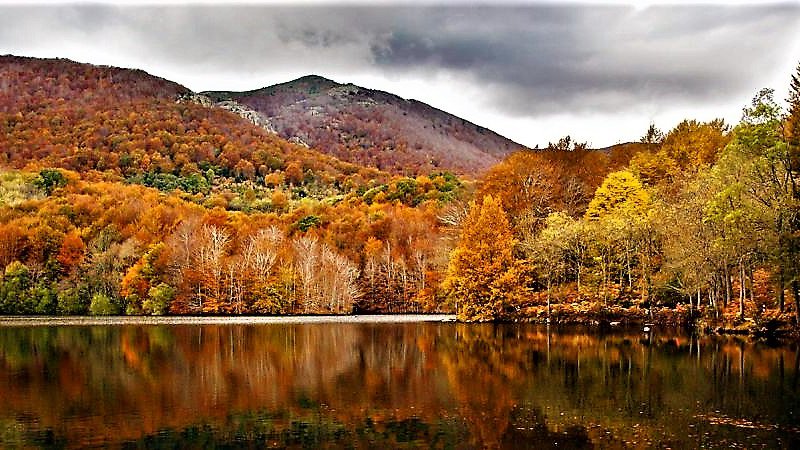 Escape of the mundanal noise to so only a step of the noisy and estresnante Barcelona. This is what offers the Montseny, a natural park,  reservation of the biosphere, in which we can find all a mosaic of Mediterranean and alpine landscapes. Summits, leafy valleys, torrents of accumulated and panoramic rivers of infarct to the sea and the mountains. And everything to  only half hour of Barcelona.

Fifty kilometres separate the centre of Barcelona of this authentic lung of more than 30.000 hectares, emplazado between the regions of Osona and Vallés Oriental.

In him it finds the macizo higher of the mountain range prelitoral Catalan, with peaks as Them Agudes or the Matagalls and the one who erige like the ceiling of the place: the mythical Turó of L'Home, with his 1.706 metres of height.

The Montseny is an explosion of nature with a diversity paisajística without equal. From the forests of encinas, alcornoques and pines of the low parts,  until the masses of have and firs that dominate the mountains (from the one thousand metres), alternating with thickets and meadows.

Also it is a sanctuary of wild fauna with 270 species of vertebrates, between which stand out jabalíes, foxes, jinetas, petirrojos, camachuelos, green lizards, víboras… and the only endemic species of Catalonia: the triton of the Montseny, an amphibian of extraterrestrial appearance discovered in the year 2005, that finds in danger of extinction.

To the Montseny comes to walk, to empaparse of pure air and desconectar like this of the frantic rhythm of life. For this there is some thirty itineraries signposted that they are a delight for the senderistas, although also the bicycle is a stupendous option put that the majority of the ways are affordable to the two wheels.

Also it is the possibility to visit these landscapes to lomos of a horse, for what exists a powerful industry hípica, in which they offer classes and routes for duchos and inexpertos. The fewer adventurers that do not fear: the car also is allowed, with the advantage added that it exists a dozen of parkings delivered by the terrain.

The Turó of’L Home: Go up on foot or in car

Lo and behold the question that always assaults, since we have the two available options. We aconsecajamos, as no, go up on foot. No only it treats of an apt promotion for all the world but, besides, the challenge will finish with a big reward.

The seen, from there up, do not have waste. If the day goes out clear, until can distinguish the profile of the Costa Brava and the moles snowfalls of the Pyrenees.Besides, by the way to the peak crosses the oriel of the Flat Threatened, from where the photo is to attract the enormidad of the beak projecting his shadow on the vegetation.

If you do not want to go up to the Turó of’L Home can opt by other footpaths but simple. Routes more or less easy, of which can inform you  in the tourist office of the park,  Mosqueroles, or in the Centre of Interpretation of CanCasades . In both can ask all type of information.

Routes by the Montseny in Between Mountains

In case you have encouraged you to realise some excursion by this wonderful surroundings, leave you a listing of routes in the zone: