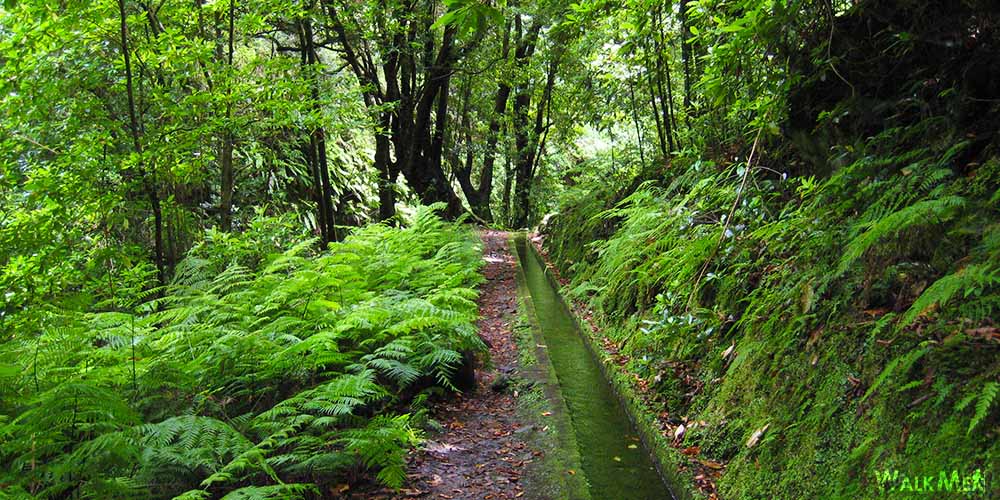 It does some days spoke you of Madeira. We have had the opportunity to enjoy some days in this Atlantic island and visit big part of his rincones.

As already it comment you the hiking is the main offer of the island. Madeira Has 2.500 kilometres of footpaths and levied and today wanted to you explain a bit more in detail in that they consist the Levied.

Since the orography of Madeira is very mountainous. The construction of these channels was a big effort by part of the inhabitants of the island. A lot of levied are literally esculpidas in the rocky walls of the mountains and in a lot of occasions cross tunnels. In fact there is more than 40 kilometres of tunnels in all the island of Madeira.

In total exist more than 2.200 kilometres of levied in the island, so you can do you an idea of the magnitude of is work of hydraulic engineering.

Well, the subject is that these levied can visit , that is to say that we can follow many of them by footpaths that discurren parallel to the levied or even in occasions on the same wall of the channel.

The levied situate in rincones so hid that provide to the caminante an experience magnifica in separated and beautiful places rincones in the interior of the island. Others in changes discurren by cliffs to the edge of the mar.

To realise the levied is indispensable to carry a torch and a chubasquero or some waterproof piece. Also in some of them it is necessary extremar the precauciones put that possess steps very aerial without protection.

Here we leave you the listing of excursions that realise in this wonderful Portuguese island:

2 thoughts on “The Levied of Madeira”