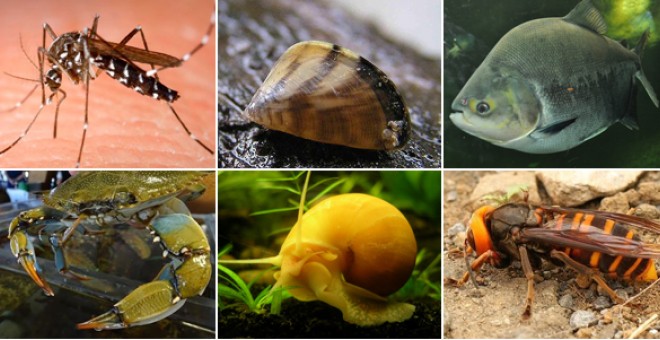 Many have seen these small green parrots that find flying by the parks of a lot of cities. It treats of cotorras Argentinian and the first copies arrived to the peninsula to finals of the years 80 and principle of the 90.

From a first moment, the Spanish Society of Ornithology warned that they existed few possibilities so that this species could stabilise inside a climate as it was the Spanish. On the other hand, neither they could do at all due to the fact that the neighbours already had encariñado with this new bird and would see harassed of complaints.

Finally, this cotorra Argentinian has achieved to stabilise inside the country and to day of today can find cientos of nests in cities like Madrid and Barcelona but the problem is that they have turned into one of the species invasoras that more ecological damage are causing.

But this situation is not exclusive of the cotorra Argentinian, since we find other species like the camarote or even the hyacinth ofwater , that is a plant used to decorate the interior of the aquariums but that has finished extending by a big quantity of aquatic ecosystems with the grave problem that the autochthonous fauna is disappearing.

It is thus that the Ministry of Agriculture, Feeding And Environment is finalising a royal decree on these exotic species that have become invasoras with the aim to allow his commercialisation what before in addition to including them inside the listing of dangerous species for the biodiversidad Spanish.

On the other hand also it will leave the possibility to each autonomous community that it can decide if it enters or no an exotic species inside his half natural.