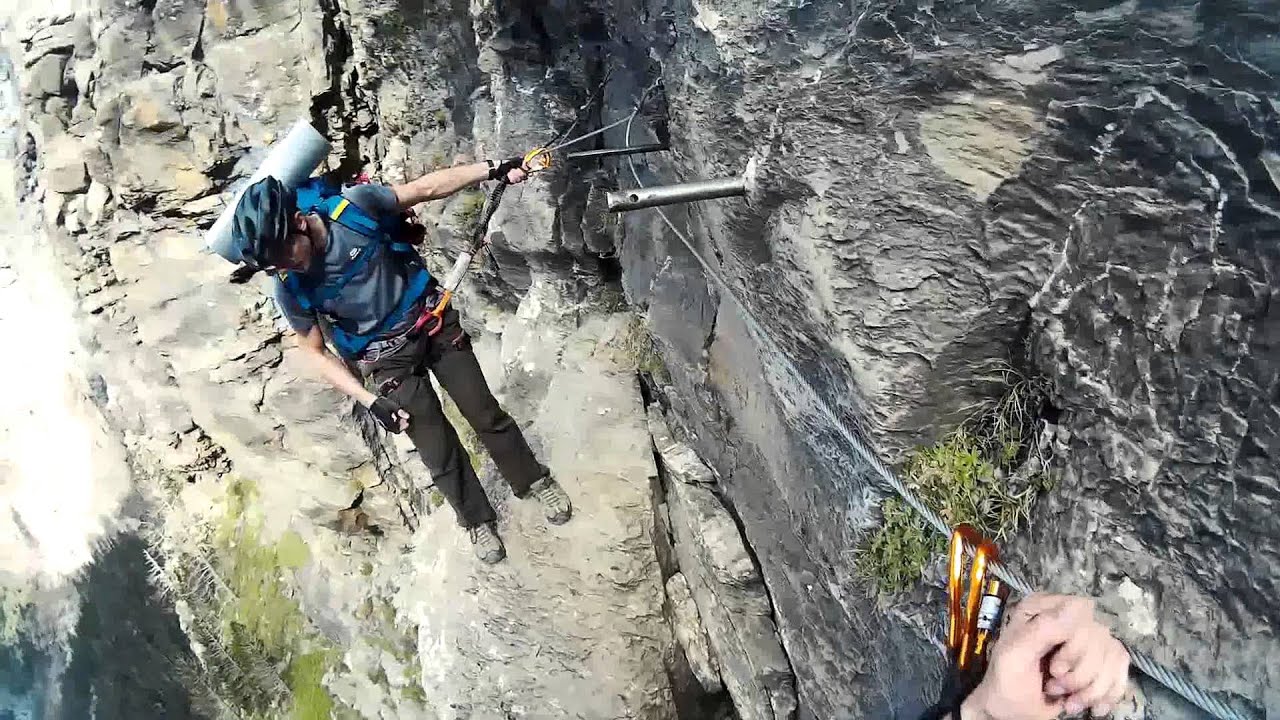 It does some weeks were in the National Park of Ordesa and Stray Mountain.

The excursions that can do inside the park are innumerable and the majority are of half difficulty, without any type of technical complication. The majority of excursions go out from The Meadow, where find a bar, services and the office of information of the park. Also it is the zone more concurrida, but luckily the majority of people limits to be followed the course of the river until the Tail of horse, a beautiful fall of just water in the Circus of Soaso. In fact this excursion knows like the highway of Ordesa, and if you have been a Saint Week in the park will know that this name is not an exaggeration.

We opt for doing the Route of the Hunters, a beautiful way to half height between the Meadow and the Circus of Soaso by the slope south and the next day the Faja of Racún, the same route that the previous but this time by the slope north.

Both excusiones, are stupendous and allow to do you an idea of the ecosystem of the park, moving you away of the bullicio of The Meadow and surroundings.

Before going to the park had heard a lot speak of the famous clavijas of the park, that are some aerial steps created in the mountain by means of clavijas of metal inserted in the rock to way of stairs. So we could not us contain the curiosity and from the Faja of Racún approach to the Clavijas of Cotatuero.

Only I will say you that we try to happen them, and that I was not able to surpass the first clavija. Once surpassed the chimenea and already suspended in the first of the clavijas, after looking under my feet and see a free fall of some 100 metres, decided that it did not be and gave me half turn.

The truth, is that afterwards we saw people happen them with elder or lower difficulty, but sincerely think that is a madness manage without them some arneses to ensure and minimizar the risk of fall.

Like this, that have escusa to go back to the Park of Ordesa: we will do the clavijas of Cotatuero but this time will carry arneses to avoid useless risks.