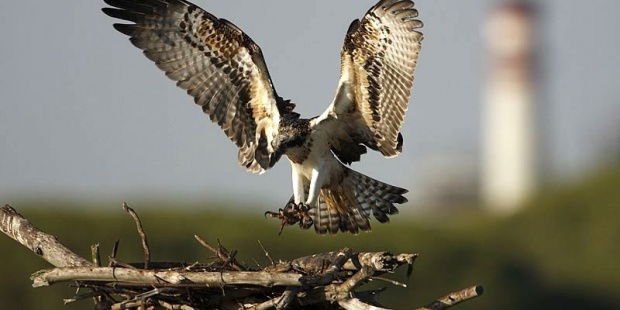 From it does already sixty years, the eagle fisherwoman abandoned the Iberian Peninsula in search of zones more appropriate for them, but in this same year have received the news that again it finds between us during at least the next one hundred years.

How it has occurred this?, very simple, as always, the programs of conservation have achieved what seemed impossible, that is to recover a new species with all the profits that this comports. In concrete, the attendants of this fantastic project have been the researchers of the CSIC (Upper Council of Scientific Investigations) and the Foundation Migrate.

This new reintroducción has carried out in the Place of the Marismas of the Odiel and in the Natural Place of the Alcornocales, located in Huelva and in Cádiz respectively.

The total of new born chickens has been ten, by what the news are frankly hopeful to be able to recover the species in the south of the country.

These animals have been moved from other north countries of Europe (Finland, United Kingdom and Germany) to artificial nests realised in the zone, where develop by himself same. The managers of the feeding until they achieve the age to be able to be independent are the own researchers, although in any moment receive direct contact with the humans. With this, the chick will grow thinking that it treats of his place of origin, by what the adaptation is ensured. This allows that, after his emigration to Africa, can return, since they will have the nest recognised like his place of birth, which never abandon.

This project began to set up in the year 2003, and by suddenly the results are very positive and give to understand that the first steps have given in the correct direction.