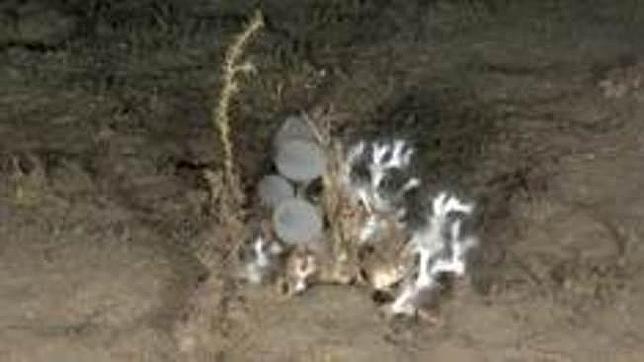 The sponges of glass always have stood out for being considered a variety that prefers fundamentally the cold waters. However, the new sponge of glass of the Mediterranean discovered recently has left us clear that were made a mistake in this sense.

As we commented, until the date always had thought that the sponges of glass were autochthonous and developed in cold places like the polar waters and fundamentally to big depths. However, this new species located in the Mediterranean shows that we were confused in our assessment.

The discovery proceeds of an investigation carried out by an international team of scientists that located this species in several underwater mountains in the sea of Alborán and in the cannons of Córcega, a discovery that definitely has called the attention of the scientific Community.

The secrets of the bottom of the sea

This is another of these discoveries that help us to be conscious of the inmensidad of the oceans, as well as of the fact that we still do not know neither a minimum part of this place of the world that finds totally separated of our action.

It is necessary to take into account that the waters of the Mediterranean where find located these new sponges of glass, generally is used to to have a temperature that hardly descends of the 13 °C including the zones that are deeper.

These new copies of sponge of glass of the Mediterranean located have measured of between the 8 and the 14 cm.

Regarding the depth, by the moment and according to the study realised find between the 360 and the 500 m of depth.

This study was published in the magazine Journal of the Marine Biological Association of the United Kingdom, and in him reflects that they also exist some of these copies in zones of the Atlantic near to the Iberian Peninsula like the mountains of Gorringe Portuguese.

However, it is clear that by the moment so only have given some short steps in relation to the discovery of this new species, and thus, the own researchers consider that they exist a lot of possibilities that similar copies inhabit the north zones of Africa.

The protection of the sponges

This discovery is a good sample of the need to realise investigations with some celerity, and especially locate those places where these and other species of sponges find his natural surroundings.
Beyond all doubt it treats of an intelligent step to be able to protect these groupings and avoid that species finish abandoned to his luck by the fact of our desconocimiento.

It is very important that take into account that the sponges are an importantísima source of silicon, one of the most essential nutrients and elementary that can find in the oceans, and thus they form a very important part of the chain that allows the stability in the mar.
Beyond all doubt we are in front of a fantastic discovery and especially very interesting.