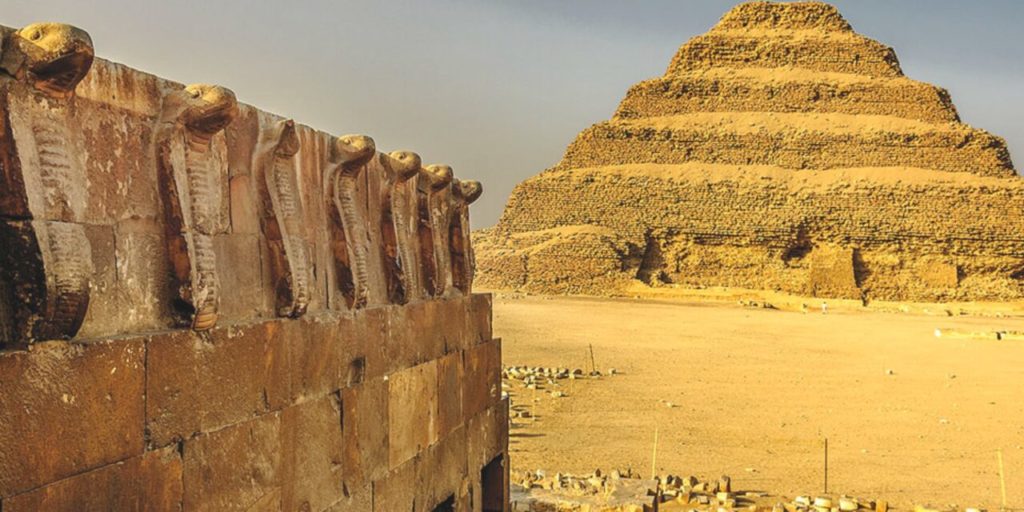 Many times it results surprising to discover some of the edificaciones that, a lot of centuries afterwards, follow standing up. That is the case of the construction of stone more ancient known by the man, although in this case the news is not precisely good, since his deterioration is carrying it to the collapse.

The step of the centuries

Anybody doubts that the step of the centuries does that all go deteriorando, but more when we speak of this pyramid known like the Staggered Pyramid of Zoser, an impressive construction that dates of the year 2687 to. C.

It is manufactured with silt and sand and from does roughly 10 years began to accelerate his degradation. Nevertheless, they have been a lot of the efforts for standing up this monument of the history of the mankind although the reforms saw paralysed after Mubarak was derrocado.

The reform in the actuality

However, in the actuality has proceeded to continue with the reforms, but are varied the voices that have classified the work of chapucero, and that the only that is achieving is to accelerate the deterioration of the pyramid in place to give steps to in front.

However, the company of rehabilitation defends affirming that the control is exhaustive and the procedures are being the correct.

By his part, the Egyptian Minister of Antiquities has ensured that the work continues on its course of correct form, in addition to that abides by the norms established by the Unesco.

However, it recognises that until the date, the economic problems have supposed a ralentización of the reform, which can see to day of today surrounded of andamios and supports that avoid that landslide the camera funeraria.

Nevertheless, the tendency is positive, and calculates that in brief will be able to begin a new investment with the aim that the reform was finalised in the year 2015.

Knowing the Staggered Pyramid of Zoser

This pyramid that finds to so only 25 km in a southerly direction of The Cairo was a starting point for what knows like the age of gold of the architecture in the banks of Nilo.

It was erigida in the third dynasty by the add priest Imhotep, what supposes that it already has around 4700 years of antiquity.

In the last years has seen forced to suffer no already only the normal deterioration that suffers in the desert, but also the succession of several earthquakes that did that in the year 2002 a team put hands to the work to value the damages that could have produced in the construction.

Finally it arrived to the conclusion that it was indispensable to begin the reforms what before to avoid his collapse. Nevertheless, it went in the year 2010 when it proceeded to the paralización because of the political changes in the country.

By his part, the managers ensure that they are reutilizando the same stones of the own pyramid save in the case of the mortar that obviously has to be new due to the fact that the original has disappeared almost completely.