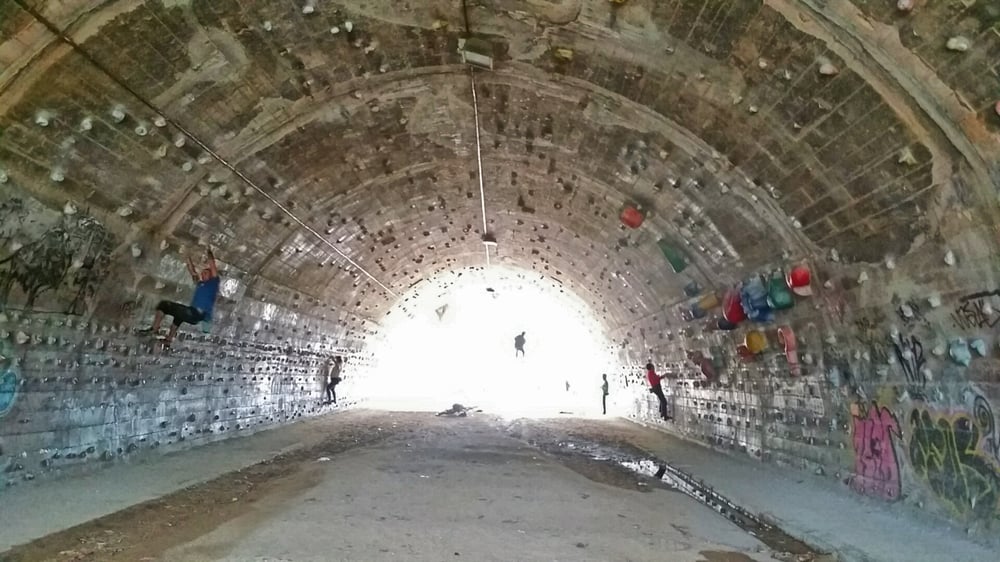 It exists in full heart of Barcelona, a zone of climbing. A rocódromo that of spontaneous form has gone growing by the quantity of lovers of this sport that each day concentrate there to practise climbing.

You give of it does a lot of years, the walls situated in front of of the field of rugby of the Foixarda (in the mountain of Montjuïc of Barcelona), have turned into a zone of climbing created of spontaneous form by crowd of Barcelonan climbers.

The FEEC has arrived to an agreement with the City council of Barcelona, the Deputation and Centre it Agent of the Park of Montjuïc so that the zone of the Fuixarda was recognised like zone of climbing of official way.

The activity to the Foixarda has gone centring in the equipment of roads in the interior of the tunnel that gives access from the Frank Zone, allowing the climbing and the training, until turning into the actuality in the sector that concentrates more climbers daily of the city.

During this time, the zone has suffered all class of speculations on his future and even arrived to pose the possibility to be clausurada and disassembled.

In the last times, from the FEEC have gone keeping different meetings with the City council of Barcelona, with the Deputation and with the same Managing Centre of the Park of Montjuïc, until arriving to the verbal agreement (only pending to sign an agreement) so that the zone of the Fuixarda was recognised like zone of climbing of official way.

In this principle of agreement stipulates that the tunnel will close to the circulation. Like this, the vehicles that come from of the Frank Zone will have to give the turn to the isleta of entrance to the same and by the side of the field of rugby, will do a small roundabout for  that the vehicles can do the turn by this another zone.

The inner sidewalks of the tunnel removed , leaving everything of earth of uniform way, avoiding like this annoyances and possible injuries.

In a second phase will do an action of restoration of the roads and of the anclajes, to improve the security of the climbing to the zone.

Finally, still they are defining other possible actions that allow to do the zone of climbing more comfortable.

3 thoughts on “Climbing in Montjuïc – The Foixarda”