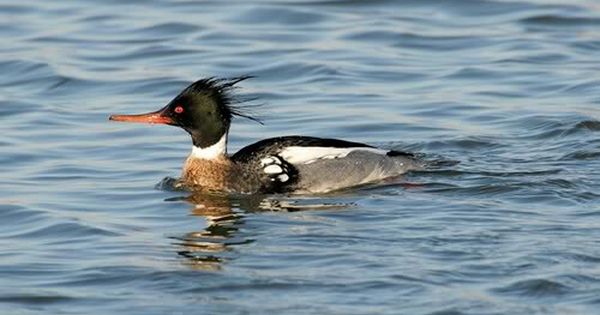 The UICN makes a list where includes the main animals in danger of extinction with the aim of concienciar to the society to the hour of extremar his cares and avoid unnecessary risks. Today we will speak of the duck serrucho, which is cataloged like animal in danger critic of extinction according to said list, that is to say, has the category CR.

Next we will analyse some basic appearances related with this animal and will look for the best solutions to avoid that it follow falling in number.

Main characteristics of the duck serrucho

The duck serrucho is a duck that generally does not be used to to measure much more of 50 cm, achieving a weight of 1,5 kg as a lot. It exists sexual dimorphism, since the females have a more reduced size that the males.

Regarding his feeding can stand out the insects, the larvae and the snails, as well as the eels in determinate occasions. The fishes also form a very important part of his diet, and is that thanks to his skill and to the fact to live in zones where exist rivers, treats of a relatively simple hunting for them.

His temperament is very desconfiado and fundamentally are used to to be in zones of water to be able to hide of his predatory or of any movement that result them suspect. What do is zambullirse in the interior of the river and expect to that it disappear the threat.

The duck serrucho reproduces in winter and in each put are used to to be born three children. During roughly a month carries out the incubation and these children, when they are born, require of around two months to begin to fly.

To protect to said children, the duck serrucho builds his nests on the trees, and in occasions also do use of cavities that can find in rocky zones.

Regarding his location, the habitat of the duck serrucho extends by Paraguay, Brazil and Argentina, and generally is easier to locate them in fast rivers and that have little depth.

The danger of extinction of the duck serrucho

To day of today exists an inferior headcount to the 250 copies, that is to say, treats of a species in frank danger of extinction.

We can stand out several of the reasons by which the duck serrucho has finished in this tesitura, but of course will stand out the increase of pollution of the rivers and the disappearance of his habitat especially due to the fact that the man extends his crops increasingly.

The fact that the forest go destroying little by little also hampers his existence, and regarding enemies and predatory of course stand out the eagle, which attacks fundamentally to the children by what in spite of that it exist a sufficient natality, finally very few copies arrive to the age adult.

The main problem with which find us is that every year this merma stresses , by what estimates that in little time and in the case that we do not proceed of suitable form, finally the duck serrucho will finish disappearing completely of the planet.