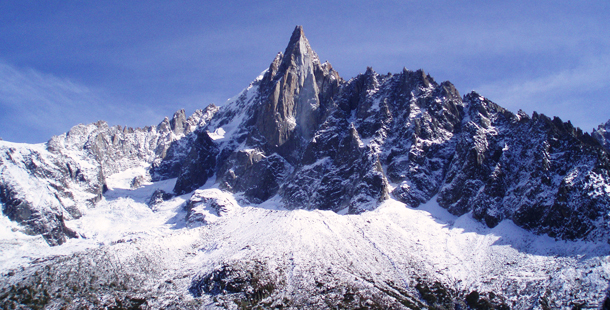 It does a pair of days read a news that called my antención: «The thaw of the Alpes carries to Italy and Swiss to trace again his border»

I transcribe it to you intregra.

«In the long and worrisome list of effects of the global warming appear from continents in roads of derretimiento until the negotiation of new maritime routes, product of the simple fact that where there was big blocks of ice now there is not more than water; it increases the level of the sea, extinguish species and the storms are inéditamente violent, deadly; but never up to now there had been a geopolitical consequence so concrete like which this week has forced to the Swiss governments and Italian to seat to speak. Of what? To go back to trace the border. The heat has melted the Alpes and the line that surca the maps no longer is the same.

It treats in concrete of the zone of the Matterhorn (mountain Cervino), whose glaciers, situated above the 4.000 metres, come suffering the consequences of the climatic change from does no less than 15 years, and authentic estragos from does six, just from the sofocante summer of the 2003. «This wave of heat caused a lot of changes in the landscape –declared to the newspaper The Independent the Italian meteorologist Luca Mercalli–. It does not be necessary to forget that they occurred a lot of landslides by fault of the derretimiento of the layer of permafrost, and that the morphology of numerous sectors of the mountain changed».

And no only this. A lot of borders follow the natural limits that trace the courses of water, and in the case of Italy and Swiss –that are not the exception–, these, by fault of the landslides and the derretimientos, also have changed. The modifications are so significant that the minister of Italian Outsides, Franco Frattini, has approved the editorial of a project of law that will allow to negotiate the drawing of the new border. In Switzerland, where is not necessary a new law to do it, simply expect.

«The convention of 1941 between Italy and Switzerland established like criterion for the review of the borders the crest of the glaciers –explained the Italian deputy Franco Narducci, commissioned to draft the law–. Like consequence of the withdrawal of the mass of ice, go to propose a new criterion, so that the line coincide with the rock». The Italian Parliament foresees to approve the norm to more take inside a month.»