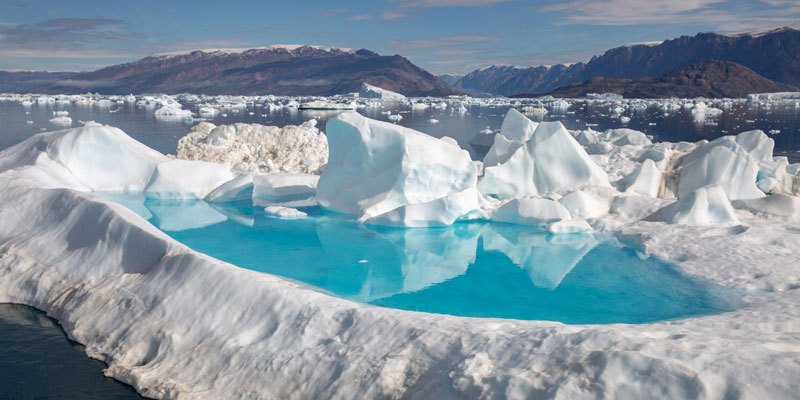 The layer of ice that covers Greenland, the second main freshwater reservation of the planet, is melting increasingly fast.

The data obtained with the help of satellites and of computer models show that the socket has happened to lose 97 gigatoneladas (Gt) of annual water at the beginning of the 90 to 267 Gt in the 2007, some difficult figures of digerir, a gigatonelada equivale to 1.000 hectómetros cubic, but that illustrate to perfection the magnitude of the process: the rhythm has triplicado.

In accordance with the study, the thaw of the big island of the Arctic contributes to that the level of the sea in the group of the Earth rise in the actuality to a rhythm of 0,73 annual millimetres, in front of the 0,26 millimetres of does two decades.

The details of the study, elaborated by researchers of the universities of Utrecht and Delft (Low Countries), Bristol (United Kingdom) and California (U.S.), publish today in the skilled magazine Science. In total, continues the study, from the 2000 until the 2008 have lost at all less than 1.500 Gt.

Some 0,073 centimetres can seem little, but has to take into account that the level of the sea rises by diverse factors and that Greenland represents less than 10% of the total, according to the estimates of the 2007 of the IPCC, the group of experts of the instead climatic UN. The factor determinante in the actuality is the thermal expansion of the water of the oceános like result of the increase of his temperature.

According to the researchers, the half of the water that loses in Greenland is in shape of icebergs and of glaciers that pour in the sea, whereas the rest would be by evaporation of the superficial layers.

Besides, the study insists in that since it began to melt the layer of ice, does at least three decades, the precipitations of snow also have increased, what has contributed to minimizar the process.

Without this effect moderador, the loss of the freezing mass of Greenland would have been the double. Jonathan Bamber, leader of the team in the University of Bristol, insists in that the loss of ice has been verified by the two processes (satellites and models): «it Exists coincidence in both totally independent calculations».

«The results suggest that the tendency will keep in the future», continues Bamber. If it arrived to melt totally the layer of ice of Greenland, the level of the sea would increase some seven metres. This possibility catastrófica no sucederá this century neither in the worst of the forecasts, but an increase of a metre already would have an impact descomunal.