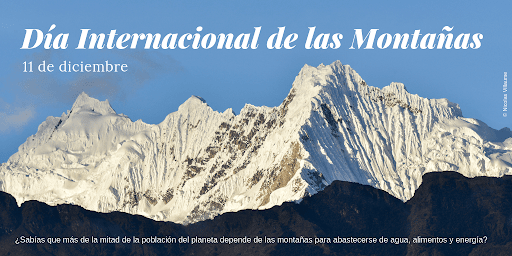 Inside a pair of weeks, the day of 11 December is the International Day of the Mountains.

The problem of the hambre in the mountainous regions is aggravating . The difficult climate and the had an accident of the terrain, sometimes inaccessible, as well as the political and social marginalisation, expose to the population of the mountains to the shortage of foods. In the mountainous zones are disappearing the autochthonous knowledge on the local foods and the traditional agricultural practices, what increases the vulnerability of the local population.

Recent studies indicate that the population of the mountains presents high taxes of fault of micronutrientes, that is one of the factors that contribute to that the infant mortality rates are considerably higher in the mountainous regions.

The International Day of the Mountains of 2008, whose lemma is alimentary Security in the mountains, is a good occasion for reflexionar on the difficult that is for the pobladores of the mountains obtain with regularity a suitable and nutritious feeding to carry a healthy and active life. The priorities to increase the alimentary security in the mountainous regions are: promote and expand the traditional crops of the mountains; protect the autochthonous practices applied to the use of the earths; perfect the programs of mejoramiento of the livestock adapted to the mountainous zones; improve the access to the market; and specific public politics for the mountains, in which it participate the local population.