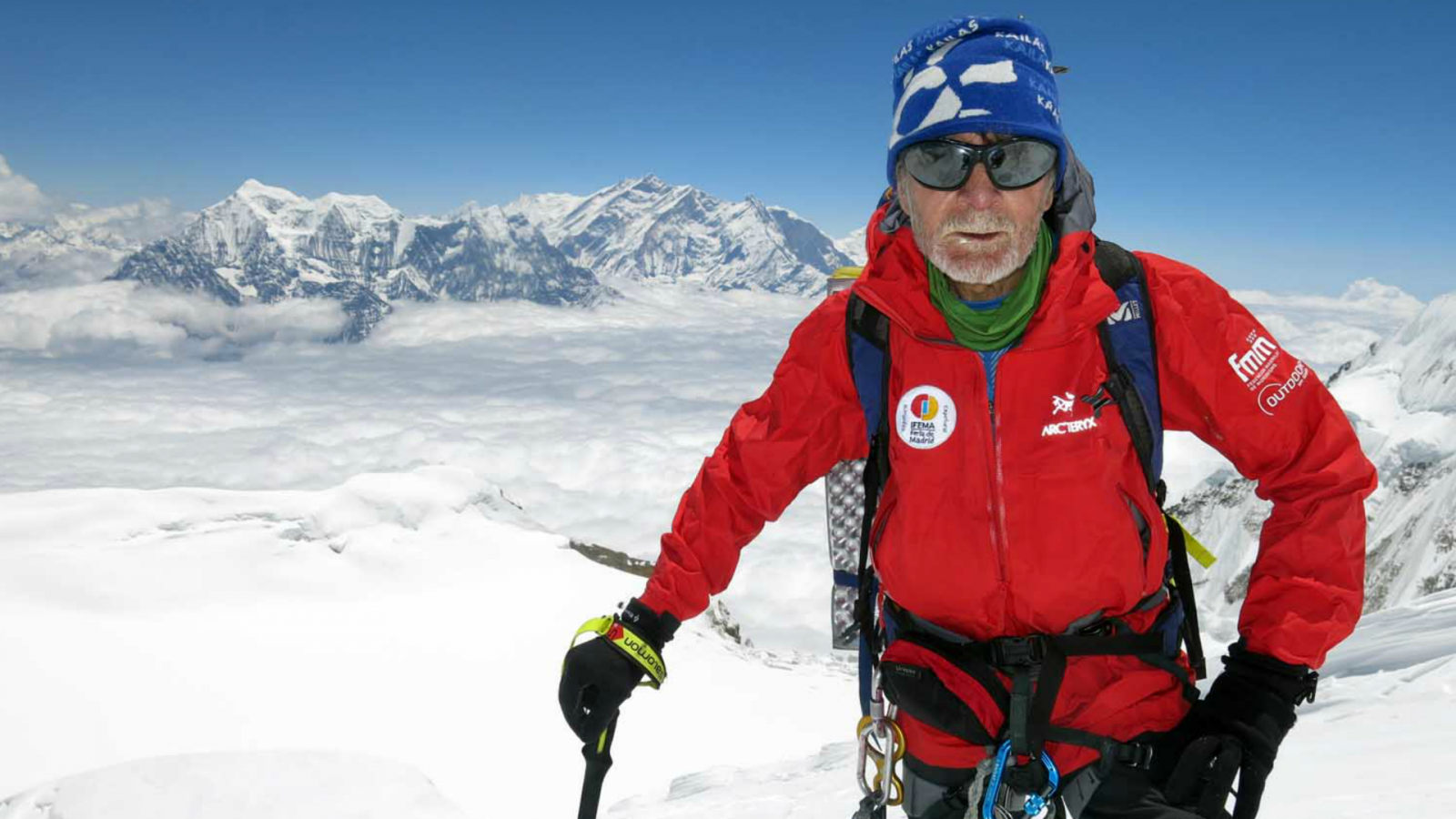 To the 34 years Carlos Soria was one of the members of the first Spanish expedition that tried to top an ochomil, the Manaslu, of 8.160 metres. It did not achieve it. In 1975, it repeated the same summit, also if success. The peak of the Manaslu arrived him a few decades afterwards, the past autumn, to the 71 years. Now, to the 72, is smart for scalar this spring and without the help of oxygen bottled the Lhotse (8.516 metres), inside his project to rise the 14 ochomiles of the planet. And already it carries ten.

When it is not in the Himalaya, this Madrilenian goes out to run to the mountain, scale in ice and in rock, practises the cross-country skiing, mounts in bicycle, realises travesías… “likes Me train, but results me hard do it only, the friends of my age no longer accompany me. I go with people much younger, even more than my daughters; in the 2009, went up the Gasherbrum I (8.068 metres) with Marta Alejandre, that then had 28 years, and happen it estupendamente”.

Hardly there are investigations on the impact of the altitude in people of advanced age. María Antonia Nerín, director of the máster of Medicine of Mountain of the University of Saragossa, explains that in the 2008 did a follow-up of the eight members of the expedition of sexagenarios to the Mere Peak (6.476 metres), of which four did summit. “The blood parameters, the levels of sodium, potassium…, of the mountaineers did not observe significant differences before and after ascensión. The acclimatisation of the main people is good because they go up more slowly”, stands out Nerín. Test a cincomil or a seismil to the 60 years is one put ambitious, but if the applicants enjoy of good health, have experience in the mountain, train and acclimate well, Nerín does not see impedimentos so that they enjoy pursuing his dream. An ochomil already is another thing, is a little recommended challenge for people of such ages, “but the case of Soria is only, has a genetic endowment with all exceptional security”.

“If for a person of 65 or 70 years the summits are his illusion, and taking into account that to this age already have done it everything in the life, if they are in good physical conditions, why do not go to try it. The mental profits that comports the mountain, the free air, are immense: it diminishes the stress, the arterial tension, the muscular atrophy…”, thinks the doctor Nerín.

Carlos Soria has an experience of almost 60 years in the mountain: to the 14 went out constantly to the saw of Guadarrama, although the most ambitious peaks began to arrive happened the 30, and did not step the summit of his first ochomil, the Nanga Parbat, until the 51. “It had a workshop of upholstery, did not win a lot money because it preferred to reserve me long free for scalar power”.

First it went out to the mountain with his woman and with his four daughters, but when fulfilling the 65 and close his business posed go up the 14 ochomiles. “Then it had the Nanga Parbat, the G-2, the Everest and the Cho Oyu; only they were missing me ten!”. Fulfilled the 65 and until the moment has finished other six, between them the K2 (8.611 metres), in the mountain range of the Karakorum, one of the most difficult mountains and the one who earns more victims after the Annapurna.

It finds you to mountaineers of his age in these peaks?

Every time I coincide with main people that does interesting things.

And how it is of health? Some attribute?

They hurt me the knees and the lumbar… Have problems like all the world, but work a lot the cuádriceps so that they do not suffer my knees; yes, I have my things, but it is necessary to know convivir with the pain, and in high mountain find me better.

And his family what thinks?

It supports me; I knew to my woman in the mountain, with her escalamos together the Cervino, the Montblanc… But now no longer accompanies me. His more immediate plans go through to add to his list of ochomiles the Lhotse (without oxygen), this spring, and if all goes well aim also this year the Dhaulagiri. “In the 2012 will try the Kangchenjunga and in the 2013 the Annapurna, the one who gives me more fear. Of the Shisha Pangma do not have the main summit, so if I can will repeat it”. Account that is mentalizado and very ilusionado.

And when it finish with the 14 ochomiles, what?

I will follow going up mountains, what more likes me is scalar and now have gone in me ones win tremendas of scalar in ice, speciality in which I began already main, to the 60 years.

Carlos Soria is the exception that confirms this rule that says that the maximum efficiency of the physiological system situates in the 30 years and that from this age falls the performance in the order of 1% annual. This Madrilenian is the person of more age that has escalado the complicated K2, to the 65 years. Until the moment only have registered 15 promotions to ochomiles by part of people of more than 70 years.