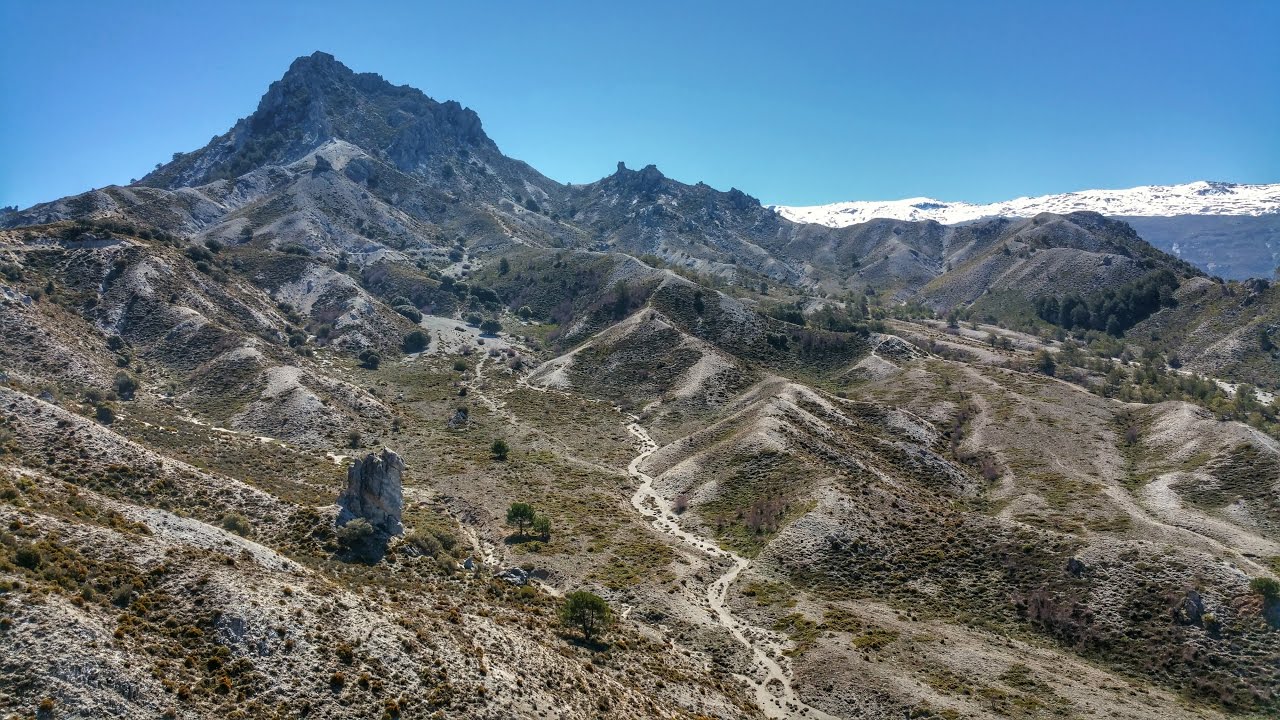 Conchi And Guillermo of the Club Mulhacén leave us this ascensión to the Trevenque.

The Trevenque is the highest mountain of the low grenadian mountain, has 2080 m. Of altitude, but has a silhouette and a carry flawless. The grenadian think that if it had only the 3.483 that has the Mulhacen, to see the one who dared with him.

It is a mountain very transitada in normal circumstances, although it requires a considerable effort, as the terrain is sandy and has a strong rise in the final part, that sometimes do trepando by the wall that form the rocks.

However in winter when nieva, the thing changes, although it is not difficult if it requires attention, as a slip can cost you expensive because of the slope that forms , even so, is worth it to go up it, as it is very short his season of snow in this saw, the little altitude does that the sun melt soon the snow, however with her seem the mini Alpes….

To the Trevenque can arrive from several places, but the fastest is from the village of The Zubia until the Channel of the Espartera where it is necessary to leave the car. Here the altitude is of 1340 m. All the rise is very marked, can do but comfortable following the lane that goes out at the side just of the channel, or the one who we have done that it is going up by the sandy areas, to which arrive well by the way well by a footpath that goes but mountain to través until arriving to a small oriel that goes down us to them, and from here trace them back and solos go us putting in the edge that will drive us –all marked- to the summit. This footpath already quite bent carried us to the mythical pine guides, (spectacular with snow) if it is not snowfall is something annoying as the terrain is of arenisca something slippery (as all this part of the low mountain). We go by the expensive south of the Trevenque, until a small collado that turning to the left (see photo) drives us to the summit, from which can see a magnifico landscape of Sierra Nevada and The Alayos (these also low mountain). The turn have done it just by the opposite face to fall to the rio waters blanquillas, transitable because hardly it carries water and the landscape that offers so much with snow as without her is spectacular.

The excursioncilla has carried us almost 5 hours –with snow to tope, have gone up with alpine boots but without crampones, very comfortable, the desnivel accumulated some 900 m. But or less. The photographic report judge it you. The enjoy –as always- TOTAL.