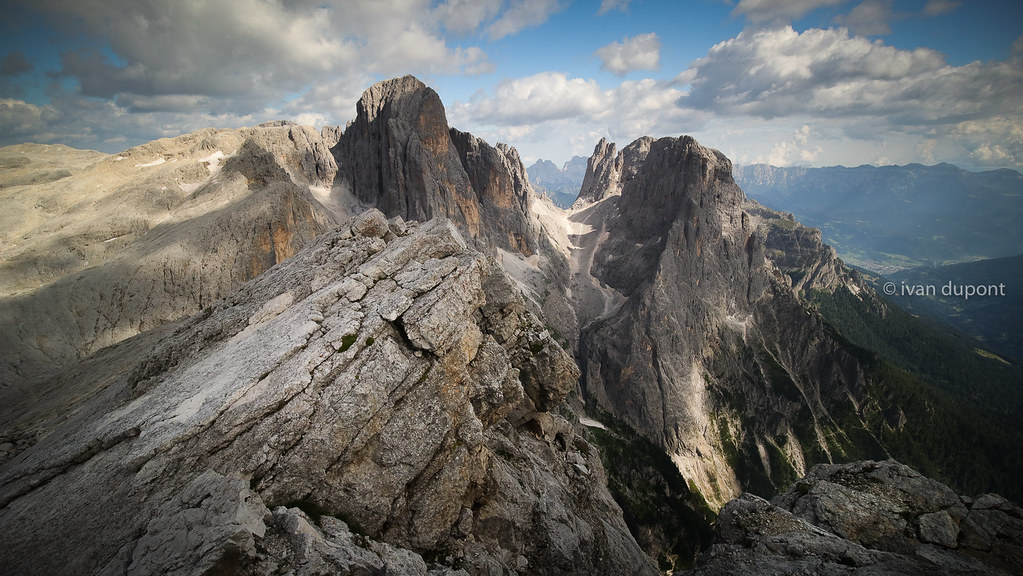 The High Road n º 2 finds in the high Dolomitas, and begins in population of Bressanone and finishes in Feltre. It takes some 10 days in completing it with but of 150 km and a desnivel accumulated total of more than 20.000 metres. The Dolomitas are crossed by different High Roads, the number 2 is one of the most popular by his difficulty and beauty. The High Roads are the equivalent to the GR in Spain.

The Dolomitas are a mountainous chain of Italy that belongs by 80% to the province of Belluno. The Dolomitas were declared like Heritage of the Mankind by the UNESCO in the year 2009, covering a zone of protection of 135.910,9370 has and a zone of respect of 98.511,9340 has.

The region of the Dolomitas, that forms part of the Alpes Oriental, elaborates on a vast zone that goes from the Val Sugana to Val Pusteria and from the valley of the Adige to the Valley of the Piave; it occupies the territory of three provinces (Trento, Bolzano and Belluno) to horse between the Trentino-High Adigio and the Véneto.

The Dolomitas are very different of the rest of the Alpes; his appearance is characterised by very wide valleys covered of forests and meadows from which heave , recortándose vertically by hundreds of metres, the numerous and isolated macizos mountainous. These last are formed in his elder splits by a rock limestone of marine origin called dolomía.

In this region the most spoken language is the language ladino, a tongue retorromance that has developed because of the isolation of the mountainous valleys, although also it speaks Italian and there is a German minority.

The point of start of this treck situates in the upper station of the telecabina of Saint Andrea, designated Valcroce.

Saint Andrea is situated in the municipality of Bresanone that situates to few kilometres of the tourist city of Bolzano. The best way to arrive to Bolzano is via Milan by means of any one of the crowd of trains that join these two points.

Can happen the night in Bolzano, Bresanone or even Saint Andrea before beginning this route. Any one of the three cities presents a good offer of accommodations. Of course a lot but wide in Bolzano.

Until Bresanone can arrive in train. From here it is necessary to take a bus that will carry us in some 20 minutes to the telecabina. These buses go out of the same station of train of Bresanone. When we did it we, in 2011, the bus was the 321 and the frequency of step was of one each hour (specifically to the and 20 of each hour, data of 2011).

More information on the High Road 2