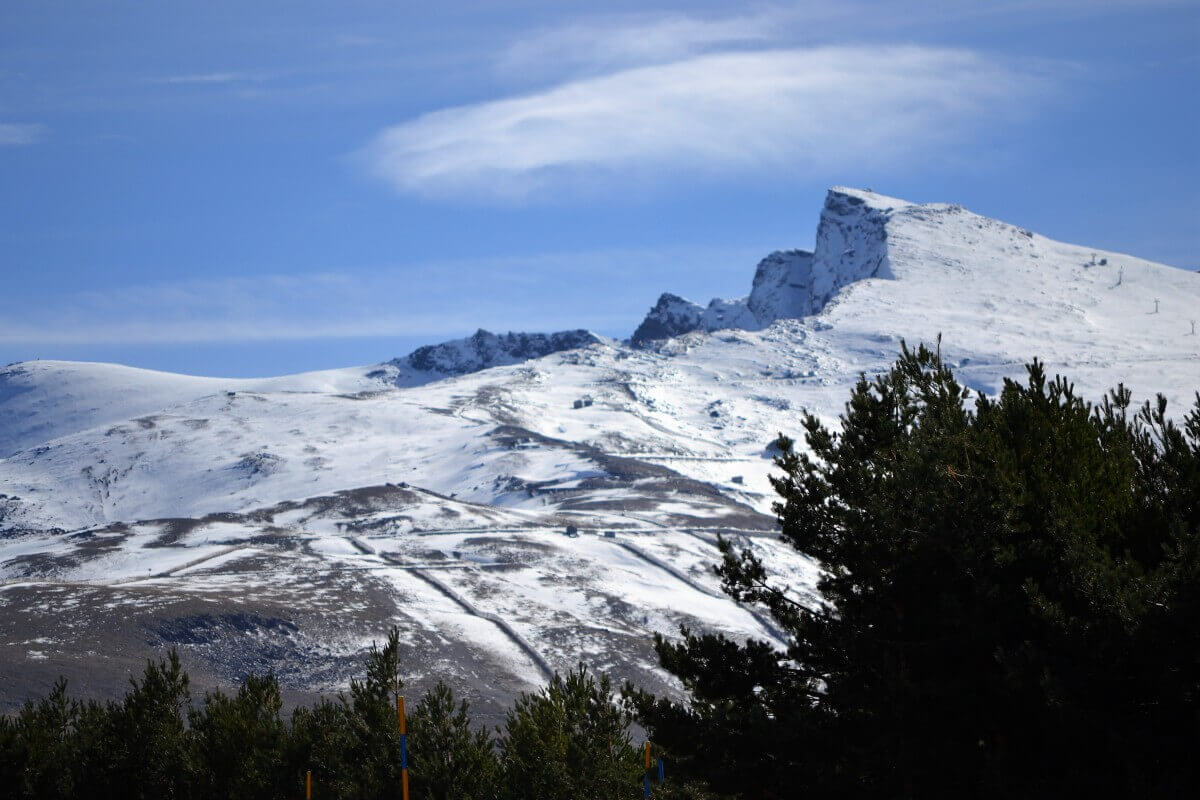 Saw Nevada is one of the most important mountain ranges of the Iberian Peninsula. With beaks like the Mulhacén of more than 3.489 metres of altitude, is an ideal place for the lovers of the sports to the free air. Although it stands out of evident way by the snow and his sports varied, also contemplates other apt possibilities for all the ages, tastes and predisposition to the adventure.

It can not obviar that this landscape idílico finds to less than an hour of a city like Granada, one of the tourist enclaves of Spain and especially of Andalucia. It is usual to find visitors by the streets of the city nazarí that combine the sportive activities with the cultural. Who would lose the occasion to visit the Alhambra or the Cathedral, the two big monuments of the zone?

But no all the offer that proposes the city reduces to these two options. Also it recommends stroll by the picturesque Neighbourhood of the Albaicín, the most ancient of the city; visit the Career of the Darro, with an environment bohemio in his terraces.

Going back to the mountain, the lovers of the snow will know that a mountain range like Sierra Nevada can be stage of numerous sportive activities. Example of this are the tracks of ski and of snowboard or the possibility to rent some raquetas of snow or glide in sled by his tracks. Also they are destacables the options of route for raquetas or cross-country skiing, demanding to physical level, but with some only sights.

There are activities thought adrede for the most demanding skiers, like swift tracks or the possibility to put to proof realising a slalom. For those more creative, has  a park freestyle to try realise acrobatics and peripecias with the rails. This yes, was cual was the activity, is necessary to go properly protected to avoid sobresaltos.

The station of ski of Sierra Nevada has possibilities for which do not want to shoe some esquís. Has to do upsetting in a species of park of attractions appointed White Blackbird with a Russian mountain in the middle of the snow from which the smallest can launch in sled. All these activities are directed and have a space of restoration for his practical pausada.

For the more inconformistas and original stand out two activities above the rest. It is the possibility to drive beside your friends or familiar a machine pisapistas accompanied of a driver experienced, and also the one to visit the ways of the mountain with a sled thrown by dogs to the purest north style. Two only experiences in which it recommends previous reservation to be able to enjoy them.

A lot of options without snow

With the snow melted, Saw Nevada follows keeping intact his appeal. Two of the most sued activities are the hiking and the careers of mountain. There is a big quantity of routes, being the most known the route Weathercock, the route Laguna of the Mares or the Virgin of the Snows. The big majority of the most known are practicable for all the members of the family and will offer a sight of the only mountain range.

One of the classical activities in the months more calurosos is the bicycle of mountain. The big desnivel is the main hándicap for those less habituados, but there are routes of all type and of different characteristic. Even for the lovers of the speed, there is a especially designed park that has eight circuits and that will leave you in the high of the mountain thanks to the remontadores.

To those more adventurous, although with the need to have an instructor, sure that they will like them the options of barranquismo, espeleología or rafting; a combination of adrenaline and nature. But if the yours is to fly, there is the possibility to throw in parapente and enjoy of the seen going down softly in a distance that can achieve the half hour. Simply incredible.

Saw Nevada and Granada are tourist destinations by excellence of Spain and is not of extrañar: they combine to perfection quality of life, nature, sport and culture. There is numerous options to happen time in the province and enjoy of all the appeals that proposes.